Assisted Suicide: Reflections from the Front 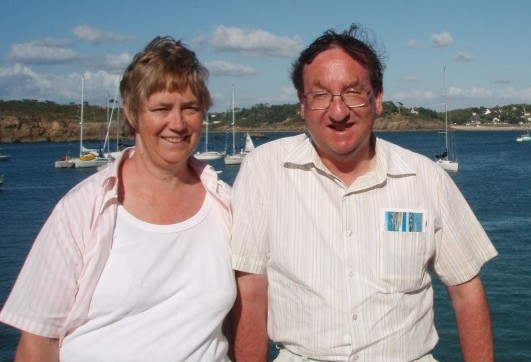 Christopher Jones wrote this reflection on 30th November 2011, less than six months before his death, aged 58, from terminal cancer.

In discussing the pros and cons of relaxing the law to allow assisted suicide, we frequently allude to hypothetical examples. I thought it might help if I were to offer an example from life which is not hypothetical but actual.

In October 2009 I was diagnosed with cancer of the colon and had an operation to remove half of my large intestine. This was followed by six months of adjuvant chemotherapy to eliminate cancer from my lymphatic system and to prevent it from spreading further. In September 2010, following scans and flexible sigmoidoscopy, I was declared free from cancer. The huge sense of relief which this brought lasted only two months, because high antigen readings from blood tests prompted a further set of scans in November 2010, which revealed the presence of three active secondary growths in my liver. This was a major shock which left me feeling disorientated and depressed.

I worked through a wealth of emotions - anxiety, despair, anger, self-pity and so on - in coming to terms with this new diagnosis, which was much more immediately life-threatening than the (primary) colonic cancer. Over about three months I recovered a sense of equilibrium and adjusted to the new situation. The prescribed treatment this time was pre-operative chemotherapy, designed to shrink the liver tumours, followed by liver surgery. From December 2010 to March 2011, the chemotherapy made me feel exhausted, dehydrated as a result of chronic diarrhoea, and unwell for long periods. In May 2011 the second operation took place.

Unfortunately, the operation revealed not three tumours in my liver, but nine. The removal of the tumours was therefore impossible without rendering the liver unworkable. Several weeks of tentative discussion with consultants followed. The option of a portal vein embolisation to "grow" extra liver tissue artificially was proposed, and then discarded. Eventually, in June 2011, I was told that I would be put back on chemotherapy. This seemed to me to be an admission that other therapies were not viable, so I asked whether the chemotherapy would offer any hope of a cure. The answer was that because of the aggressiveness of the cancer, a cure was highly improbable, and the chemotherapy was palliative, designed to slow down the spread of the cancer and to give me as much extra time as possible in the circumstances.

Since then I have been living in the shadow of this prognosis, but the chemotherapy has reinforced my energy and vitality beyond anything I could have expected, and I am enjoying life in this period of 'remission'.

My reflection on this experience centres on the fact that at three periods - the diagnosis of secondary cancer, the traumatic experience of chemotherapy, and the prognosis of incurability - I was subject to extreme stress and a sense of hopelessness, and I might have been open to the option of ending my life by legal means, had these existed. The legal prohibition of this course was immensely helpful in removing it as a live option, thus constraining me to respond to my situation more creatively and hopefully. In hindsight, I now know that had I taken this course, I would have been denied the unexpected and joyful experience of being 'recalled to life' as I now am.

This is not simply a subjective plea from personal experience. The first substantive argument concerns the effect of law on medical practice. As well as prescribing sanctions when offences are committed, laws have directive and preventative effects. By setting boundaries, they help to maintain an environment of healthy ethics, good practice and positive expectations. A nakedly individualist account of decisions about the ending of life neglects or under-estimates this context. In the light of my experience, it is of prime importance that the law should signal the priority of the preservation of life - not at all costs but as the default option which requires adequate reasons to be overridden.

The second substantive argument concerns the personal and clinical context of decision-making. A life-threatening or terminal illness is a process with many imponderable and unpredictable elements. There is great danger in attaching decisive significance to a person's judgement at a particular stage in the process that their life is no longer worth living and ought to be ended, as both the situation and their feelings about it may change drastically in a relatively short period of time. Again, this is not to say that life must be preserved at all costs, but to adapt the language of the Marriage Service on the Book of Common Prayer, nothing should be decided "lightly, wantonly or unadvisedly".

In summary, my experience has reinforced my conviction that the law prohibiting assisted suicide is an essential bulwark against well-meaning but unwarranted judgements about the value of life and the desirability of ending it in order to minimise or eliminate suffering. In my view, suffering is inescapable in this situation, and ought not to be allowed to trump all other considerations, especially when palliative care is taken into account. I do not claim that my experience trumps all other experience of end-of-life decisions, but it introduces significant considerations which are not usually acknowledged by supporters of a change in the law.

It is often objected that judgements of this kind are patronising, because they are made over the heads of actual patients facing terminal illness, or lacking compassion in that they prioritise one person's moral principles over the suffering of another. In this case, I am the patient, and while I may be wrong in my conclusions, neither of these objections to my argument can be sustained.

We thank Jenny, Christopher's widow, for allowing us to reproduce her husband's testimony. As she told us:

Christopher's last six months from November '11 to his death in May '12 were (almost without exception) the richest and happiest of his whole life. He visited his old 6th form tutor in the West Country and colleagues and friends in Durham, and was given the strength to do so! He was less stressed and comfortable in his own skin.

(Christopher spent eight years as Home Affairs policy adviser for the Archbishops' Council of the Church of England, a position held until his death on 9th May 2012. Widely respected across the Church, Christopher was Chaplain and Tutor in Doctrine at Cranmer Hall Durham from 1987 to 1993; and Chaplain and Fellow of St Peter's College Oxford from 1993 to 2004.)

Eve Gilkes: Sat, 26 Jul 2014 20:39
What an amazing letter. Thank you so much for printing it.
Thank you to Jenny for allowing it to be printed.
What a wonderful man Christopher was and still is, his letter plus many other things lets him live on.
Caring for the terminally ill, is another experience in life, something precious to be learned from it. We are all terminally 'ageing', we are all going to die. It is another experience to appreciate, whether we die before our three score years and ten or live to over one hundred.
The people who care for those terminally ill also gain something very special, it brings out an extra area of love within them, which we would be denied by bringing in the horrendous euthanasia. God gives life, we can do nothing without God having provided the 'ingredients' for want of a better word, and the end of life is best left to the person who knows best, and who sees far beyond anything we see, our God.
With thanks again.
God bless you
Eve Gilkes (Mrs)
Please enable javascript to post comments!
Our Position »
Live Issues »
Scotland »
FAQs »
Get Involved »
Donate »