Richard Marsh tells his story about having locked-in syndrome 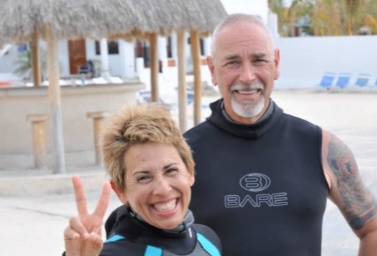 Two days after he regained consciousness following a stroke, Richard Marsh did not want to die as doctors asked his wife, Lili, if they should turn off his life support machine. He could listen to every word but not tell them that he was still conscious.

The 60 year old did not want to die and was determined to walk out of the hospital and wanted everyone to know about his situation. But Marsh could not communicate his consciousness. The doctors thought he was in a persistent vegetative state and were about to make presumptions.

Marsh was aware and able to feel every touch to his body. He had full congnitive awareness, but an almost complete paralysis of all the voluntary muscles in his body. He began to recover first with his fingers. It is unknown why so many locked-in syndrome sufferers do not recover.

Locked-in syndrome affects around 1% of people who have a stroke. There is no treatment or cure. Around 90% die within four months of its onset. Amazingly, four months and nine days after a stroke, Marsh walked out of his long-term care facility.

The 2007 film, The Diving Bell and the Butterfly, helped to bring public awareness about locked-in syndrome. The film tells the autobiography of Jean-Dominique Bauby, one time editor of French magazine Elle.

Marsh is writing a book that he hopes will inspire hope and provide information to victims of locked-in syndrome and their families.