CNK CEO on BMA neutrality, and the need for more research 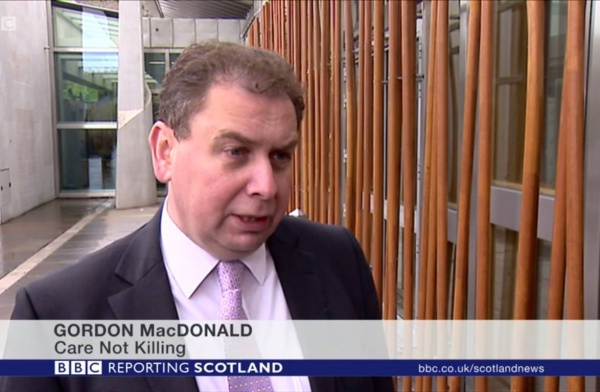 On Tuesday this week the British Medical Association's (BMA) Annual Representatives Meeting (ARM) passed a motion by a narrow majority of just 4 votes (49% to 48%) which shifted the organisation to a position of neutrality on 'assisted dying' from its previous position of opposition. By 'assisted dying' the BMA is referring to both assisted suicide and euthanasia.

The BMA debate followed a poll of its members last year. That poll itself was the result of a motion passed at the BMA's 2019 ARM which had been proposed by Dr Jacky Davis, a radiologist and Chair of Healthcare Professionals for Assisted Dying and Board member of Dignity in Dying (formerly the Voluntary Euthanasia Society).

Last year's poll showed that 40% of BMA members who responded voted for the union to adopt a position of support for assisted suicide and 30% for euthanasia. However, beneath the headline grabbing top-line numbers there was a complex picture of medical opinion on the question of whether doctors should be empowered to end patients' lives.

The closer a specialty is to the care and support of dying people; the less likely its specialists are to support assisted suicide and euthanasia. In the poll 70% and 79% of palliative medicine doctors wanted the BMA to stay opposed to assisted suicide and euthanasia respectively - with backing for active support in single digits. Personal opposition was higher - 76% and 83% - and higher still were the percentages unwilling to participate if legalised: 76% and 84%.

That brings us to this week's debate because the poll was conducted on the assumption that any legislation being introduced would be limited to an assisted suicide law applying to adults who are terminally or seriously ill, mentally competent and who voluntarily request assistance to end their lives. However, the motion (70) proposed for debate (and approved) has no such caveats. In essence, the BMA has opted for neutrality regardless of the nature of any future legislation. So the BMA is now neutral on whether or not those suffering from minor non-terminal conditions and who may have years to live, disabled people, those with psychiatric illnesses, children or just elderly people who are depressed, lonely and tired of life will be allowed under a future law to request assisted suicide or euthanasia.

Then on Thursday this week the Spectator published an article on its website by Dr Joel Zivot in which he stated that his research into the deaths of death row inmates has shown that in many cases of those who choose to die by lethal injection they experience pulmonary edema and essentially drown in their own secretions. They may well be suffering pain and distress in the process, often including gasping for breath. Other research suggests that signs of pulmonary edema occur in 84% of cases studied. This is relevant because the same drugs (Pentobarbital and Secobarbital) are used in assisted suicide deaths in the USA and euthanasia deaths in Canada.

In a Spectator podcast made available online on Thursday evening, Dr Zivot discusses his article with Dr Jacky Davis. Dr Davis admitted that she was unaware of this issue previously and acknowledged that Dr Zivot may be right in his findings, but said that more research needs to be done to establish the facts and that Dr Zivot should not be making this information available to the public until that research had been undertaken. She even suggested that the doctors involved in conducting the assisted suicide deaths should be the ones to do the research.

Now there is some suggestion that the reason for the build up of fluid in the lungs of those who die by lethal injection may be due to the fact that large amount of drugs are being given intravenously over a short timeframe rather than taken orally and that this damages the lungs. However, since no post-mortems (autopsies) relating to those who have died by assisted suicide or euthanasia have studied and reported on this aspect of the deaths in question, it is impossible to know if that is indeed the case. Moreover, in Canada, at least in Nova Scotia, intravenous delivery of Medical Assistance in Dying (euthanasia) seems to be common which raises the question of how many of the 7,595 people who died by MAiD in Canada during 2020 also experienced pulmonary edema, or the 'drowning' effect, identified by Dr Zivot in his death row examples. Evidently there is a need for more research.

Whether or not the doctors and families involved in assisted suicide and euthanasia deaths in the USA and Canada will be willing or interested to investigate this matter further remains an open question. What is clear, however, is that rather than rushing into changing the law to follow their North American counterparts in legalising assisted suicide or euthanasia, British legislators should take a much more cautious approach. The BMA should have done so also.