BMA ARM 2016: why 'no' to physician-assisted suicide 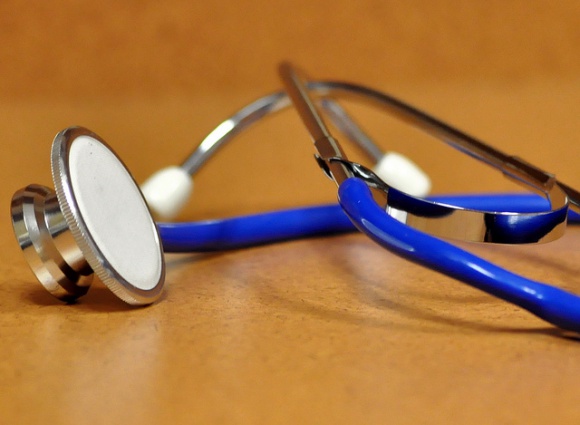 Today (21 June) the Annual Representative Meeting (ARM) of the British Medical Association (BMA) will consider two motions on assisted suicide. The BMA is the UK's professional association and registered trade union for doctors and currently has 170,000 members. It has been opposed to the legalisation of assisted suicide and euthanasia for every year of its history with the exception of 2005-6 when it was neutral for just twelve months.

The first motion (79 on the agenda) affirms that 'it is not appropriate at this time to debate whether or not to change existing BMA policy'. Only if this is not passed will debate take place on the second motion (80): 'that this meeting believes that the BMA should adopt a neutral stance on assisted dying'. A total of 29 motions were put forward on this issue - of which 21 upheld current BMA policy and only 8 opposed it; 27 motions did not make the cut of the agenda committee.

The use of the term 'assisted dying' is especially interesting as it is a form of words developed by the pro-euthanasia lobby that is vaguely defined and has no meaning in law. So it raises the question as to what the BMA would actually be going neutral on?

British parliaments have consistently resisted any move to legalise any form of assisted suicide or euthanasia. There have been a dozen unsuccessful attempts in the last twelve years. Last year the Marris Bill in the House of Commons and the Harvie Bill in the Scottish Parliament were defeated by 330-118 and 82-36 respectively.

The majority of doctors are opposed to a change in the law. Opinion polls show an average of 65% doctors opposing the legalisation of assisted suicide and/or euthanasia with the remainder undecided or in favour. The Royal College of Physicians, Royal College of General Practitioners and British Geriatrics Society are officially opposed.

82% of Association for Palliative Medicine members oppose a change in the law, with 72% saying a bill allowing assisted suicide even for imminently dying people would have an adverse effect on the delivery of palliative care. Amongst all doctors, these voices carry the greatest weight in this debate due to their understanding of the vulnerability of dying patients and their knowledge of treatments to alleviate their symptoms.

Assisted suicide and euthanasia are contrary to all historic codes of medical ethics, including the Hippocratic Oath, the Declaration of Geneva, the International Code of Medical Ethics and the Statement of Marbella. Neutrality would be a quantum change for the profession and against the international tide.

Furthermore, neutrality on this particular issue would give assisted suicide a status that no other issue enjoys. Doctors, quite understandably, are strongly opinionated and also have a responsibility to lead. The BMA is a democratic body which takes clear positions on a whole variety of health and health-related issues. Why should assisted suicide and euthanasia enjoy a position which no other issue shares, especially when doctors will actually be the ones carrying it out?

To drop medical opposition to the legalisation of assisted suicide and euthanasia at a time of economic austerity could be highly dangerous. Many families and the NHS itself are under huge financial strain and the pressure vulnerable people might face to end their lives so as not to be a financial (or emotional) burden on others is potentially immense.

Were the BMA to drop its opposition, and as a consequence a law were to be passed, it would also leave the medical profession hugely divided at a time when, perhaps, more than at any other time in British history, doctors need to be united as advocates for patients and for the highest priorities in a struggling health service.

The British Medical Association (BMA) rejected an attempt to move it neutral at its ARM in 2012 saying that neutrality was the worst of all positions. This was based on bitter experience. When the BMA took a neutral position for a year in 2005-06, there was huge pressure to change the law by way of the Joffe Bill. Throughout that crucial debate, which had the potential of changing the shape of medicine in this country, the BMA was forced to remain silent and took no part. Were it to go neutral again it would be similarly gagged and doctors would have no collective voice.

Going neutral would instead play into the hands of a longstanding campaign led by a small pressure group with a strong political agenda: Healthcare Professionals for Assisted Dying (HPAD), which is affiliated to the pressure group 'Dignity in Dying' (formerly the Voluntary Euthanasia Society).

The BMA has been historically opposed to a change in the law on assisted suicide and euthanasia for good reasons. These reasons have not changed.

Going neutral would be inappropriate, undemocratic and potentially highly dangerous. It would also be playing into the hands of a small unrepresentative pressure group and giving an advantage to only one side of the debate. Furthermore it would communicate confused messages to the public at a critical time and divide the profession at a time when a united doctors' voice is needed more than ever.

The BMA ARM would be wise to give short shrift to this latest neutrality proposal. The issue has been debated to death in recent years and the views of parliament and the medical profession in this country are settled.

There are many more pressing and crucial matters on the ARM agenda. It is time to give this one a well-deserved rest.


© Image copyright of the jasleen_kaur and licensed for reuse under Creative Commons License 2.0