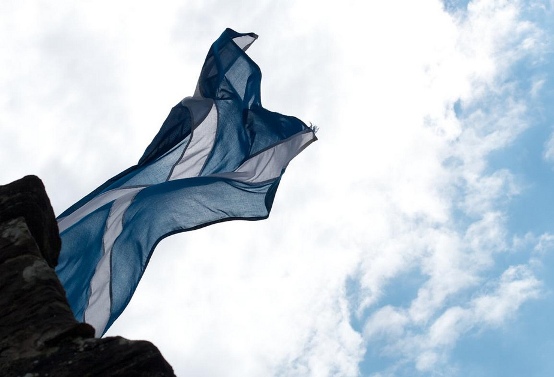 In a succession of letters published in The Herald on Wednesday 1 April ('There is little room for doubt on assisted suicide and Scots law'), CNK Scotland and allied organisations addressed claims that 'there is an "alarming lack of clarity in Scots law" on the matter and an "absence of any published prosecutorial guidance".'

IN reply to Professor James Chalmers and others (Letters, March 31) on the Assisted Suicide (Scotland) Bill it is asserted there is an "alarming lack of clarity in Scots law" on the matter and an "absence of any published prosecutorial guidance".

It may... clarify matters by considering the formal submission made by the Lord Advocate, Frank Mulholland, QC, when the bill was first proposed as a response to the call for evidence on the proposed Assisted Suicide (Scotland) Bill.

It not only provides clarity but a straight-forward statement on prosecutorial guidance.

The Lord Advocate stated: "In Scotland, if someone assists another to take their own life, such cases would be reported to the Procurator Fiscal as a deliberate killing of another and thus dealt with under the law relating to homicide.

"The criteria for deciding whether prosecution is in the public interest are set out in the COPFS Prosecution Code. I am sure that you will appreciate that there is a high public interest in prosecuting all aspects of homicide where there is sufficient, credible and reliable evidence.

"If the Crown considers there to be sufficient evidence that a person has caused the death of another it is difficult to conceive a situation where it would not be in the public interest to raise a prosecution but each case would be considered on its own facts and circumstances.

"Thereafter, it would be a matter for a jury to consider whether they were satisfied to the criminal standard of proof that the accused was guilty of homicide."

This leaves room for little doubt - contrary to the views of Prof Chalmers.

This bill is unnecessary, unethical and dangerous and there can be no safe system for legalising assisted suicide or euthanasia.

Legalising assisted suicide changes the culture surrounding care for sick and dying people, and would be a catastrophe in terms of how our society confronts illness and disability - not to mention devaluing suicide prevention efforts.

The Bill's so-called safeguards assume that those who will request assisted suicide will know their own minds beyond doubt. This is a false assumption.

In today's individualistic society the pressures on sick, disabled and elderly people to avoid placing "unfair" burdens on others are very great.

Maintaining the law's protection of this silent and vulnerable majority is more important than giving choices to a minority of strong-minded and highly resolute people.

This bill is flawed both in principle and in detail and should be rejected by the Scottish Parliament at the earliest opportunity.

I WAS very surprised that a number of legal academics believed that the law on assisted suicide is unclear in Scotland. This, in fact, is not the case as the 2010 Scottish Parliament End of Life Assistance (Scotland) Bill Committee stated:

"The committee notes that there was some perception amongst those submitting evidence that the law in Scotland was somehow unclear and that this lack of clarity was the reason for some choosing to travel to other jurisdictions in order to commit an assisted suicide or access voluntary euthanasia. The committee rejects this perception: the position in Scots law, as set out by the Solicitor General, is perfectly clear. The committee's view is that, if some people choose to travel to other jurisdictions to commit an assisted suicide or to access voluntary euthanasia, they do so because certain, inherent aspects of those actions are illegal in Scotland, not because there is a lack of clarity."

IT seems perfectly logical that perpetrating an act with the intent to end an innocent person's life is homicide. It is claimed that a sufficient body of case law has not accumulated to satisfy some legal academics, creating in their minds a "shameful state of affairs" in regard to assisted suicide. However, surely the law has been, is and will remain clear to police and prosecuting authorities who can recognise complicity in homicide just as they can recognise complicity in any other unlawful act.

The Suicide Act of 1961 was not introduced to make suicide lawful; rather it was to avoid dragging poor victims of attempted suicide through the courts. Why else would that law have affirmed such a hefty penalty for assisting suicide? If there is evidence that those who have failed in their attempts at suicide are being dragged through the courts in Scotland perhaps the academics can identify and substantiate this problem rather than suggest weakening our homicide laws.

Professor James Chalmers... asserts that the law of causation in Scotland is unclear and therefore the law relating to assisted suicide is unclear. This is not the case.

As I set out in detail in a letter dated May 21, 2014 to the convenor of the Health and Sport Committee of the Scottish Parliament, the applicable law for assisted suicide is the law of homicide. The law relating to homicide is clear and accessible. Murder is constituted by any wilful act causing the destruction of the life of another, by which the perpetrator either wickedly intends to kill or displays wicked recklessness as to whether the victim lives or dies. Where the intention for murder cannot be proved (including where the offender's responsibility is diminished) then the crime is culpable homicide.

Prof Chalmers raised the issue of causation. The law relating to this is clear. In order for there to be a sufficient causal connection for homicide the conduct must be a significant contributory factor to the death. A minimal or negligible contribution would not suffice. This clear test, which has persisted for many years, will be applied to the facts and circumstances of each case.

© Image copyright of Tom Parnell and licensed for reuse under Creative Commons License 2.0