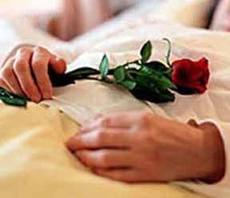 Lord Falconer's Commission on Assisted Dying is due to report this autumn and, given its composition, is likely to recommend that a bill be brought forward to legalise assisted suicide for mentally competent adults who are terminally ill with so-called 'robust safeguards'. Dignity in Dying, the former Voluntary Euthanasia Society, is planning fresh assaults on the Parliaments of Westminster, Scotland and the Isle of Man and hopes to build on any momentum the Commssion report might provide.

As a general surgeon, I have sometimes seen patients fall victim to overzealous treatments at the end of life that have simply prolonged the dying process and ignored the ancient wisdom that speaks of 'a time to die'. I believe there is a time to recognise that enough is enough. It is good medical practice to stop, or not to start, invasive treatments in certain situations – especially when death is imminent and inevitable, and where the burden of a treatment outweighs its benefits.

And yet, having witnessed first-hand the deaths of patients, friends and relatives, I remain convinced that the law should not be changed to allow either physician-assisted suicide (PAS) or voluntary euthanasia.

I have only twice been asked to end the life of a patient, and on both occasions the request was withdrawn quickly as soon as the symptoms prompting it were relieved! Requests for euthanasia are in fact extremely rare when patients' physical, psychological and spiritual needs are properly met; in general most patients adjust their expectations during a terminal illness and become thankful for the quality of life that they have. We have an excellent tradition of palliative care in this country; and putting increased resources into research and making good palliative care more readily available must always be a key priority.

Requests for assisted dying are usually motivated by fear of 'loss of control', and yet paradoxically legalising voluntary euthanasia or PAS would actually undermine patients' freedom. Requests for euthanasia are rarely free and voluntary. Vulnerable people very often feel a burden on family, society and a struggling health service and feel pressure, whether real or imagined, to request early death. A third of people requesting PAS in Oregon, USA, where it was legalised in 1997, currently do so because they feel themselves to be a burden to others.

Hard cases make bad laws. A change in the law to allow euthanasia or PAS would give doctors power that could be too easily abused and would threaten the trust necessary for the doctor-patient relationship to function.

The experience in the Netherlands (where over 1,000 patients are killed by doctors each year without their consent) demonstrates that progression to involuntary euthanasia would be a real danger should the law be changed here. Furthermore, one out of five attempts at PAS fails leaving the doctor to step in with a lethal injection.

PAS and euthanasia cannot be separated and ethically they are equivalent as the doctor's intention is the same in each case. To protect the vulnerable majority it is right that a tiny minority of insistent patients forego a 'right' that the European Court of Human Rights, in considering the case of Diane Pretty in 2002, has said they don't have anyway.

Legalising PAS and euthanasia would split the medical profession. 75% of doctors have already indicated that they would not participate in euthanasia if it is legalised, and a change in the law, as in the case of abortion, will lead to doctors who want to abide by the Hippocratic Oath (by not practising PAS or euthanasia) being excluded from specialities where euthanasia becomes part of the 'full range of services'.

Euthanasia legislation would have a devastating effect throughout the National Health Service on already critical levels of staffing, where we are reliant especially on many overseas nurses from Muslim, Christian and other faith backgrounds who are strongly opposed to the practice. Furthermore it would put Britain out on a limb from the international community. The World Medical Association recently reaffirmed its strong opposition to both PAS and euthanasia and the British Medical Association and all medical Royal Colleges remain strongly opposed to a change in the law.

In 1994 a Lords' Select Committee wisely and courageously rejected any change in the law. They concluded 'that it would be virtually impossible to ensure that all acts of euthanasia were truly voluntary and that any liberalisation of the law in the United Kingdom could not be abused'. British Parliaments have on the basis of public safety since rejected moves to change the law three times, in 2006, 2009 and 2010.

Euthanasia and PAS are unnecessary (because alternative treatments exist), dangerous (because they undermine autonomy) and morally wrong (being contrary to all historical codes of medical ethics and the Judeo-Christian ethic on which our laws are based).

Nobody has a 'right' to be killed by a doctor, Britain does not need PAS or euthanasia and no society could ever control them. As professionals and society we need instead to get on with the task of working for that genuinely 'gentle and easy death' all patients deserve. Real 'death with dignity' means facing the end with courage, hope and serenity with balanced medical intervention and effective palliative care.