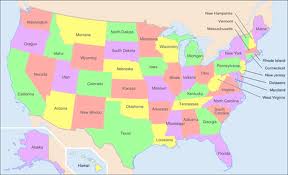 Margaret Dore, a US attorney, has just published an excellent overview of the current status of assisted suicide laws in the United States on her blog ‘Choice is an Illusion’. The aritcle is reproduced below, but without the weblinks which are available on Dore's site.

In Oregon and Washington, assisted-suicide laws apply to 'terminal' patients, defined in terms of having less than six months to live. Such persons are not necessarily dying. Consider, for example, Jeanette Hall, alive 11 years after her terminal diagnosis. More recent proposals to legalize assisted suicide have included people who are clearly not dying.

In Montana, Baxter v. State gives doctors who assist a patient's suicide a potential defense to prosecution for homicide. Baxter does not legalize assisted suicide by giving doctors or anyone else immunity from criminal and civil liability although proponents argue that this is the case. This year, a bill to reverse Baxter's potential defense was defeated. In Montana, the leading group against assisted suicide is Montanans Against Assisted Suicide & For Living with Dignity.

This year, bills to legalize physician-assisted suicide were defeated in Montana, Hawaii and New Hampshire. In Vermont, identical legalization bills were introduced in the House and Senate, but not put on for vote before the legislative session ended.

In Connecticut, a lawsuit to legalize physician-assisted suicide was dismissed in 2010.

In Massachusetts, there is a pending ballot initiative to enact an Oregon/Washington style act that applies to 'terminal' patients defined as having less than six months to live.

In the US, no assisted suicide/euthanasia law has ever made it through the scrutiny of a legislature despite more than 100 attempts.