MPs debate Care for the Dying

20 MPs contributed towards a positive reflection on how best to care for the elderly in our society. 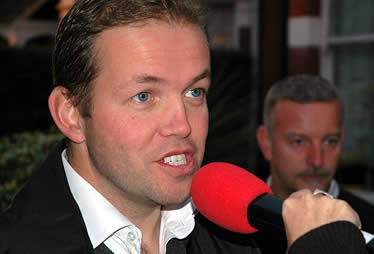 David Burrowes (pictured) headed up a Westminster Hall debate on Tuesday among around 20 MPs in a positive reflection about how we should care best for the elderly in our society. The importance of palliative care, not the legalisation of assisted suicide should be the central issue when talking about the dying, Burrowes argued. During the debate MPs showed their support for care that achieves the best quality of life when illnesses are not about to be cured.

The debate was predominated by the clear understanding that every life should be treated with dignity and respect. David Burrowes argued that there is no life degraded that does not deserve respect, and that we should have a vigilant respect for life. It was highlighted that Britain leads the world in the provision of end of life care.

He referred to Dame Cicely Saunders, founder of the modern hospice movement, who said,

“You matter because you are you. You matter to the last moment of your life and we will do all we can to help you die peacefully, but also to live until you die.”

The difficulty of prognosis for a terminally ill patient was acknowledged during the debate, and providing the best place for the terminally ill to die was also discussed.

Glenda Jackson mentioned that it would be wrong to legislate for what in her eyes was murder (referring to assisted suicide). Many MPs mentioned the excellence of hospices in their own constituency and the excellence of the care they provide. David Amess stated that Britain was at the scientific forefront of palliative medicine, and that he did not come into politics to legislate about death.

Tony Baldry mentioned the inevitability of death and the tendency within modern medicine to believe that death is a failure. Mark Field highlighted how any attempt to recognise a right to die would develop into a duty to die. Glyn Davis spoke that MPs have a duty of compassion towards all of society as a whole and that they could not legislate for individual cases or for convenience.

Robert Halfon highlighted how people will be pressurised into making choices should assisted suicide be introduced while Julian Lewis mentioned that safeguards were impossible in practice, and led to subtle pressure or the fear of becoming a burden.

The debate highlighted the desire among MPs for the debate about end of life issues to be framed around the provision of excellent palliative care as well as the hostility to any measure to introduce assisted suicide.