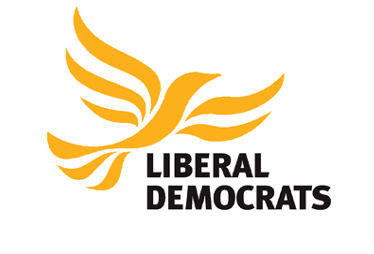 On Sunday 23 September the Liberal Democrat conference debated and passed a motion on 'medically assisted dying'.

Chris Davies MEP and Lorely Burt MP called on the Liberal Democrat Conference to 'press for the introduction of a government bill on (medically assisted dying)' and, 'in the event of a Bill being introduced through Private Members' procedures, to press for time to be made available in the House of Commons to enable it to be fully considered'.

This was a rather odd motion for several reasons.

First, the likelihood of the government introducing a bill on a conscience issue is zilch. This is a role for private members. It is even less likely on this issue given that the leaders of both coalition parties (Cameron and Clegg) are actually opposed to the legalisation of assisted suicide and euthanasia.

Second, a private member's bill in the Commons looks most unlikely given that neither of the two MP members of the All Party Parliamentary Group on Choice at the End of Life (aka the parliamentary wing of the former Voluntary Euthanasia Society) who finished in the top five of the last parliamentary ballot chose to bring a bill on this issue earlier this year. This suggests they did not consider it a priority. Lord Falconer, of course, is planning a private member's bill in the House of Lords in January, but the last two measures of this nature (by Joffe and Falconer) were both defeated by huge majorities in the Lords and did not even make it to the Commons.

Third, a poll of MPs just last week showed that the majority actually oppose the legalisation of assisted suicide and believe that this issue is not a priority to debate at this time.

But more than that, the explanatory stem accompanying the Davies/Burt motion in the conference agenda is full of so many distortions and untruths that the Conference in 'noting them' has effectively endorsed 'lies and fiction'.

Let's consider each in turn - I have added my comments after each: marked '>>'.

Conference notes that:
a) A significant minority of people who suffer unendurably from medical conditions that offer no hope of recovery are physically unable to end their lives at a time of their own choosing without assistance.
>> 'Unendurably' is an interesting word as suffering is always 'endured'. I think Davies means here 'unacceptably to them' which is something quite different indeed. But also the minority of people who cannot commit suicide without assistance (and suicide is not illegal!) is actually vanishingly small. Even Tony Nicklinson, the locked-in man, was able to end his life by making a choice to refuse food, fluids and antibiotics. This statement makes little sense.

b) It is over 50 years since the passage of the 1961 Suicide Act established the current legislative framework, but that scores of British citizens now travel to Switzerland each year to seek medical assistance to die.
>> The maths of '2012-1961=>50' is correct but the total number of people who have travelled to Switzerland to die is about 160 over ten years. This is not 'scores each year' by any stretch of the imagination. The fact that a small number of British people are going abroad to end their lives also does not mean that we should legalise it here.

c) Legislation making provision for medically assisted dying, and incorporating many safeguards to prevent misuse, was enacted in Belgium and the Netherlands a decade ago and continues to enjoy very strong public support in those countries.
>> Davies clearly has in mind here with this motion the legalisation of euthanasia as well as assisted suicide as euthanasia is legal in both Belgium and the Netherlands. From these two countries we also hear disturbing reports of abuse including the illegal killing of people with dementia, the killing of disabled children and thousands of people killed without their consent. In Belgium the latter group constitutes 32% of all euthanasia deaths. In addition there has been a huge increase in those being killed in the Netherlands through 'continuous deep sedation' since legalisation in 2001. The House of Lords calculated in 2005 that with a Dutch-type law in Britain we would be seeing over 13,000 cases of euthanasia per year. The House of Lords has also twice in the last six years rejected assisted suicide legislation (helping people to kill themselves) on the basis that the proposed safeguards were not safe. How would they then countenance legalising euthanasia? (doctors killing people)

d) There is continuing debate on the subject in the United Kingdom, and the evidence of
successive opinion polls demonstrates very strong public support for similar legislation here.
>> Public opinion polls moulded by emotive hard cases on the media should not be driving government policy. It must be properly informed debate. Furthermore most MPs along with medical groups like the BMA and RCP and all disabled people's groups are firmly opposed to a change in the law. Parliament has strongly opposed the reintroduction of the death penalty despite overwhelming public support for it on grounds that it will lead to some innocent people being killed by the state. How much more should we avoid enacting a law which will put pressure on vulnerable people to end their lives and will lead inevitably, on the basis of what is already happening in Belgium and the Netherlands, to some people who have not expressed a wish to die having their lives taken regardless?

Of course considering their future is difficult and looks to have little hope of recovery. Particularly as they consider how some of their lifestyle choices have limited their hope of survival - and that their survival may involve a lot of pain.

So like most of us - 'ending it all' becomes something we consider - but a bit like those facing such 'real life' existential questions - they need some love, care and concern.

Not a flippant response to such a massive question - as I watched my sister-in-law (who was living in Holland) elect (sic) to die as she felt having Cancer had made her a burden.

She died earlier than she should have - and her family fell to bits as a result.

But its Holland - and very PC - so lets all pretend this was the 'right' thing to do.

I would argue that the only 'right' thing about it was the affiliations the so called "Assisted Dying' movement has with the "Right-Wing' extremism of the Eugenics movement.

How sad it is that we have lost our grasp of the importance of life and gained an almost obsessional need to tidy illness, disbility and death away from view.