With a snap election set for 8 June and assisted suicide campaigners as eager as ever, Parliamentary candidates must be presented with the evidence and pressed for their views 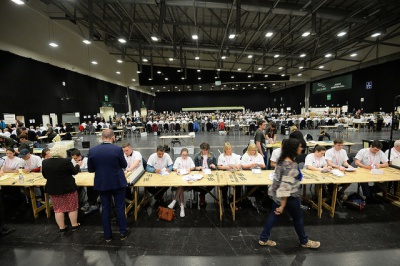 Prior to the rejection of Rob Marris's Assisted Dying (No 2) Bill in September 2015, you have to go back 18 years to find another substantive Commons vote on the issue. Despite Marris (who has announced he is standing down at this election) being defeated by a far greater margin (330-118) than Joe Ashton's 'Doctor Assisted Dying' Bill in 1997 (234-89), it is very unlikely we'll have to wait that long for the next big legislative push. Key figures in the movement for a change in the law conceded that the scale of the 2015 vote meant that the issue was settled in the 2015 Parliament.

The decision of Prime Minister Theresa May yesterday - endorsed by the Commons today - to hold a General Election on 8 June this year means that the 2015 Parliament will come to end less than 20 months after that important vote.

How you vote on 8 June will depend on many factors. Major international concerns like Brexit will get a lot of attention, as will domestic policy concerning education, welfare and of course, health. But if a new private member's bill for assisted suicide is brought before the new Commons, how would your MP vote? Might they indeed be the one to table a bill drafted by lobbyists?

Legalising assisted suicide would be uncontrollable, unethical and unnecessary - and you need to ensure:

Please, during the coming weeks, make contact with your candidates - whether by writing, phoning, e-mailing, through social media, at hustings - and discuss with them an issue which, though comprehensively rejected following informed debate in 2015, could well be foisted on MPs again before too long.

The 2015 Marris Bill was largely the same as Lord Falconer's Lords Bill of 2014, in turn inspired by the assisted suicide legislation in Oregon.