This sounds like a call for Euthanasia on demand 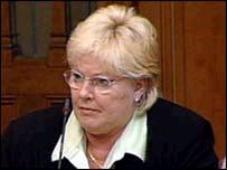 In December 2008 Margo MacDonald, a Member of the Scottish Parliament (MSP), issued a public Consultation Document on her proposals for an 'End-of-Life Choices (Scotland) Bill'.

Over the last two months Care Not Killing has been studying this document carefully and preparing a full response which has now been sent to Margo MacDonald.

Copies of our response have also been sent to all MSPs.

Margo MacDonald's proposals are highly dangerous. They envisage what she has called 'physician-assisted dying' (though it is not clear whether she means assisted suicide or euthanasia – or both) not only for terminally ill people but also for those suffering from degenerative conditions, like multiple sclerosis or Parkinson's Disease; for others who have become incapacitated or disabled; and even for people who are not ill at all but 'find their life to be intolerable'. Almost no safeguards are mentioned to prevent abuse. On the face of it, therefore, we have here proposals for the legalisation in Scotland of euthanasia on demand.

The catchment area envisaged here for 'assisted dying' is the widest of any of those in the few jurisdiction where this sort of thing has been legalised. To what extent this is the result of deliberate intention on the part of Margo MacDonald and to what extent it results from poor preparation of the Consultative Document is hard to say. But it would be unsafe to assume that the MSP does not mean what she says.

If you agree with our view, therefore, that these proposals are highly dangerous for the people of Scotland, you should write to your MSP and urge him or her to oppose them vigorously. Margo MacDonald needs to collect just 18 signatures of other MSPs in order to allow her bill to go forward for consideration by the Scottish Parliament.

In writing, you may wish to draw on the response sent to Margo MacDonald by Care Not Killing or on the list of key points on this site