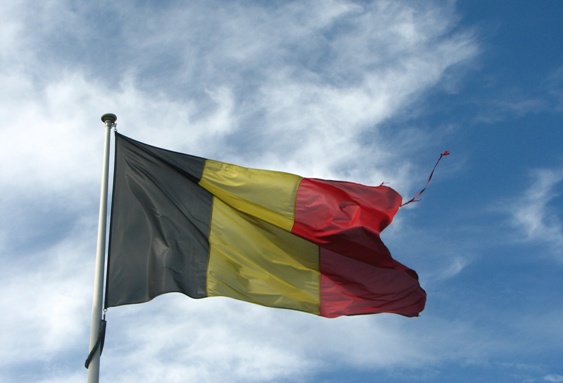 In the United States, Wesley J Smith is a senior fellow at the Discovery Institute's Center on Human Exceptionalism and a consultant for the Patients' Rights Council. He also acts as a consultant for the Centre of Bioethics and Culture (CBC). This article is reproduced with permission from their website.

If you want to see what happens when a society enthusiastically swallows the euthanasia poison, look at Belgium. Perhaps influenced by its neighbour the Netherlands — which pioneered euthanasia permissiveness — Belgium legalised euthanasia in 2002. The country has since leaped head-first off a vertical moral cliff.

As usual, when the law was being debated, supporters described it as being strictly limited to those at the end of life for whom nothing else but killing would adequately alleviate suffering. That is definitely not how things have worked out.

Neither of the brothers had contracted a terminal illness. Nor were they in physical pain. Rather, having been born deaf, and at age 45, both were progressively losing their eyesight. As the Telegraph reported, "The pair told doctors that they were unable to bear the thought of being unable to see each other again." When their own doctor wouldn't kill them, they found their executioner in one Dr David Dufour, who calmly and coolly told a television newscast:

'They had a cup of coffee in the hall, it went well and a rich conversation. Then they separated from their parents and [each] brother was very serene and beautiful. At the last there was a little wave of their hands and then they were gone.'

In a morally sane society, Dufour would lose his license to practice medicine and be tried for homicide. But Belgium apparently no longer fits that description.

Perhaps the Verbessem lethal injections should not surprise us. In the last few years, euthanasia consciousness has bored deeply into Belgian societal bone marrow.

At least two elderly couples who didn't want to live apart have also been reported. The first was in 2011 — and apparently the local community knew about the plan and approved. They even made their final arrangements at the local mortuary before being killed. The couple's demise was celebrated by a Belgian bioethicist who said: "It is an important signal to break a taboo," adding, "This is a beautiful example that allows us to provide a dignified death to this couple, thanks to euthanasia." Most societies see joint suicides by elderly couples as tragic. In Belgium, apparently, they are 'beautiful.'

Euthanasia after Sexual Exploitation by Psychiatrist

Bioedge recently posted a story, taken from Belgian news reports, about the euthanasia of "Ann G." Ann was a suicidal anorexia patient who publicly accused her previous psychiatrist of persuading her into sexual relations. When the psychiatrist — who admitted the charge — was not severely disciplined, Ann went to a second psychiatrist for euthanasia. She died at age 44.

Euthanasia for a Botched Sex Change

Nathan Verhelst underwent a sex change surgery from woman to man, and then was euthanized because of despair over the result. From the Daily Mail story:

'A Belgian transsexual has chosen to die by euthanasia after a botched sex change operation to complete his transformation into a man left him a "monster". Nathan Verhelst, 44, died yesterday afternoon after being allowed have his life ended on the grounds of "unbearable psychological suffering" . . . In the hours before his death he told Belgium's Het Laatse Nieuws: "I was ready to celebrate my new birth. But when I looked in the mirror, I was disgusted with myself."'

So, Dufour — the same doctor who killed the disabled twins — killed him! Words rarely fail me. But they do here.

Euthanasia and Organ Harvesting of the Disabled

The joining of voluntary euthanasia and organ harvesting in Belgium first came to light in 2008. The doctors who removed the woman's organs after her death published a letter in the medical journal, Transplantation, reporting that a totally paralyzed woman first asked for euthanasia — permission granted — and then to donate her organs after her heart stopped.

Since this first known case, other euthanasia killings followed by organ harvesting have been reported. In 2009, Transplantation Proceedings published an article entitled, "Organ Procurement After Euthanasia: Belgian Experience," in which doctors described euthanasia accompanied by organ harvests from disabled patients in clinical detail.

Euthanasia and organ donation has now expanded to include at least one patient with a severe mental illness. As reported in "Initial Experience with Transplantation of Lungs," published in 2011's Applied Cardiopulmonary Pathophysiology (PDF), four patients (three disabled and one mentally ill) were euthanized and their lungs harvested.

By joining euthanasia with organ donation, Belgium crossed a very dangerous bridge by giving society a utilitarian stake in euthanasia. But the acceptance of joint killing and harvesting also sends the cruel message to disabled or mentally ill people: "Your deaths have greater value than your lives." In such a milieu, self-justifying bromides about "choice" and the "voluntary" nature "of the process" become mere rationalization.

What's next for Belgium? Euthanasia for children! — currently being debated in the Parliament and expected to become law. But why be surprised? Once killing is accepted as an answer to human difficulty and suffering, the power of sheer logic dictates that there is no bottom.

Mrs. Barbara Collar: Thu, 6 Feb 2014 19:36
I am horrified to learn that anybody can have euthansia by request, and that there are those misguided medical people who are willing to do this. This is not civilised behaviour! How far are we willing to go along this road? Who are we who are willing to take life away from those in society who are the most vulnerable? They should be given support in other ways and should be shown that life is worth living with much counselling. Isn't their life worth any value and how far do we go along this shaky path?
Please enable javascript to post comments!
Our Position »
Live Issues »
Scotland »
FAQs »
Get Involved »
Donate »