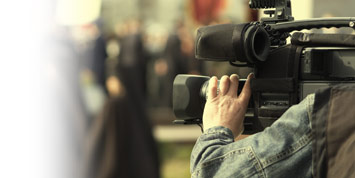 The Suicide Tourist was broadcast by Sky Television on 10th December. Although we were not able to preview the programme, we understand that the Canadian film director, John Zaritsky, follows Craig Ewert - a 59 year old American with motor neurone disease - on a journey to the Dignitas suicide facility in Zurich where he is filmed ending his life.

By choosing to broadcast this film, Sky Television has irresponsibly taken us a further step down the slippery slope of euthanasia voyeurism. This case will no doubt be seized upon by the pro-euthanasia lobby in order to create the impression that there is a growing demand for "assisted dying" and thereby to prompt Parliament to revisit the law in this country.

However, all UK medical bodies including the BMA and all medical royal colleges, remain firmly opposed to a change in the law. The House of Lords rejected an attempt to legalise assisted suicide, after an extensive review, in 2006.

Persistent requests for assisted suicide remain extremely rare when people are properly cared for and our priority must always be to make the excellent palliative care already available in this country much more widely accessible.

Paradoxically, publicity is being given to assisted suicide at a time when the Government is implementing an end of life care strategy that will provide much more comprehensive care and support for dying people through addressing their physical, psychological, social and spiritual needs.

The disproportionate media coverage given to a very small handful of persistent people, desperate to end their lives, creates the false impression that there is a growing demand for assisted dying; but the hundred people who have travelled to Zurich for assisted suicide over the last five years should be compared to greater than 3 million deaths that have occurred in Britain during the same period. Fewer than one in 30,000 dying British people seem to want to make use of this facility, demonstrating that the demand is coming just from a very small number of determined individuals.

A spokesperson for Care Not Killing said:

Care Not Killing remains strongly opposed to any change in the law to allow assisted suicide believing that such a change would place pressure on vulnerable people – the elderly, disabled, depressed, terminally or chronically ill – to request assisted death. This will only intensify the pressure felt by such people, whether real or imagined, to contemplate taking their lives for fear of being a burden upon loved ones, carers or a society that is short of resources.

At such a time we should be investing more resources into good care, ensuring proper protection in law for the vulnerable, strengthening families and communities and resisting the temptation to give more of a media platform to pro-euthanasia activists and a very small number of desperate people who, despite the offer of palliative care, are determined to end their lives.

As members of a democratic society we accept that there are limits to personal freedom and that for reasons of public safety, we must have laws to protect the most vulnerable. Hard cases make bad laws and the right-to-die could so easily become a duty-to-die.

We encourage the media to pay more attention to educating a largely misinformed public about the huge difference that good palliative care can make to dying people. The media should give more of a platform to those representing the majority of terminally ill, disabled and chronically ill people who, with the right support and care, manage to maintain a positive outlook on their lives and so choose assisted living rather than assisted dying.