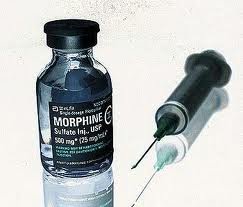 Care Not Killing welcomes the strong message against physician assisted suicide sent out by the General Medical Council (GMC) today. A Fitness to Practise panel of the medical profession's ruling body found Iain Kerr, a Glasgow GP who prescribed heavy doses of sedatives to a suicidal patient, guilty of misconduct and also of failing to refer a patient to hospital.

The 61 year old GP had prescribed 30 sodium amytal pills to former businesswoman, known as Patient A, in 1998 after she told him she had considered suicide. The Fitness to Practise panel deemed this 'inappropriate, irresponsible, liable to bring the profession into disrepute and not in your patient's best interest'.

The panel made the same ruling against Kerr's decision not to refer the woman to hospital when she overdosed on temazepam tablets in December 2005. Two days after this, Kerr prescribed more tablets. Two weeks after her first, failed attempt, the 87-year-old former business woman successfully completed her suicide by means of temazepam overdose.

Kerr also failed to record rationales for prescribing sodium amytal pills to four patients, and kept poor records about a a fifth patient.

Not fit to practise

Suzanne Goddard QC, counsel for the GMC, said that Dr Kerr's actions towards Patient A were akin to 'handing her a noose with which to hang herself. That is not the role of a doctor'.

After hearing further evidence, including extracts of interviews with Strathclyde police, the panel's decision was firm: '...on the basis of the facts, found proved, your fitness to practise is impaired by virtue of your misconduct'. Dr Kerr was suspended from medical practice for six months.

Read more about the case...

We welcome this decision. The GMC has sent a strong signal to the profession and society at large that for a doctor to assist a patient's suicide is both irresponsible and inappropriate and brings the profession into disrepute. Dr Kerr was very fortunate to avoid being struck off or convicted but the GMC have, on the basis of mitigating circumstances, decided in this case to temper justice with mercy. The message is however very clear.

Attempted suicides are almost always a cry for help and the appropriate response to find out why the person feels so desperate and to offer them appropriate treatment and support. Requests for assisted suicide are extremely rare when patients' physical, social and spiritual needs are properly met.

Doctors wield real power and those with pro-euthanasia agendas can abuse that power. Vulnerable patients, who often feel worthless or under pressure to end their lives, need to be protected. It is so easy for them to to feel a financial or emotional burden on others and this is why it is so important that assisted suicide remains illegal as the House of Lords ruled so clearly in 2006.

It is worthy of note that all official medical bodies including the BMA, RCP, RCGP, Asscoiation for Palliative Medicine and Royal College of Nursing remain opposed to any change in the law. This case emphasises how important it is that the law is not changed, neither in Scotland nor in England and Wales.