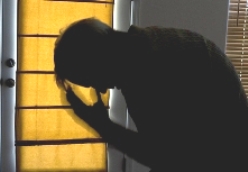 Care Not Killing responds to research finding that 1 in 4 Oregonian patients who commit physician assisted suicide are clinically depressed.

The degree to which potentially treatable psychiatric disorders influence patients' decisions to request assist suicide is fiercely debated. Supposed safeguards in the Act are meant to ensure that only competent patients make decisions to end their lives: if there are concerns about a patient's judgment being impaired due to mental illness, the Act requires referral to a psychologist or psychiatrist. However, it is well known that healthcare professionals often fail to recognise depression among the terminally ill. In 2007, none of the 46 Oregonians who died by lethal ingestion were evaluated by a psychiatrist or a psychologist.

The Oregon Death with Dignity Act has been promoted as a best practice model by advocates of "assisted dying". This new research showing that one in four terminally ill patients in the State of Oregon who opt for physician assisted suicide have clinical depression is deeply concerning and raises serious questions about whether even the most stringent safeguards would protect vulnerable people from exploitation and abuse.

'This adds further weight to the argument that no law allowing assisted suicide can be made safe and that we should not be contemplating such legislation here in the UK. It is not surprising that over 50 other attempts to legalise assisted suicide have failed in other US states since the Oregon law came into effect in 1997.