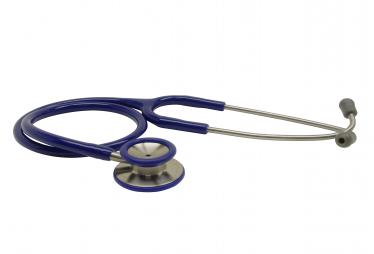 Doctors' leaders have condemned proposals to change the law to remove the possibility of prosecution of people who aid and abet the suicides of friends or relatives at Switzerland's Dignitas suicide apartment. Lord Falconer's proposed amendment to the Coroners and Justice Bill, to be debated today in the House of Lords, would require two doctors to be "of the opinion in good faith" that a candidate for assisted suicide was terminally ill and mentally competent.

Leading medical practitioners, including Professor Ian Gilmore (President of the Council of the Royal College of Physicians), Dr Hamish Meldrum (Chair of the Council of the BMA) and Anthony Calland (Chair of the BMA's Ethics Committee), point out that Lord Falconer's amendment attempts no definition of terminal illness and could threaten large numbers of people who live with chronic and disabling conditions, such as heart disease, Parkinson's disease or multiple sclerosis. While such illnesses can be expected to be life-shortening over a period of years, sometimes decades, they are not terminal in the normally accepted sense of an illness from which the patient can be expected to die in a matter of weeks or months.

Fears that Lord Falconer's amendment is intended to have this wider catchment area have been fuelled by its association, by Lord Falconer himself as well as by others, with the case of Debbie Purdy, who has multiple sclerosis but is not terminally ill.

The doctors express concern that the amendment "is drafted in vague terms which could be interpreted in various ways by different doctors, leading to inconsistent application of its provisions across the country".

The doctors' leaders also point out that Lord Falconer's amendment does not require the assessing doctors to examine the applicant for assisted suicide or even to have seen the case notes. They are not required to have any expertise in the terminal illness being diagnosed or in assessing whether patients have mental capacity. "The laxity of these conditions", they say, "is in stark contrast to national guidelines relating to health care in Britain". Nor, they add, is there any requirement to register such clearances for assisted suicide or any provision for independent scrutiny. "Without such an audit trail", say the doctors, "the assessment prescribed is wide open to abuse and manipulation".

Lord Falconer's amendment, say the doctors, "would afford a lesser standard of legal protection to terminally ill people than to others". They conclude that it "provides insufficient guidance to doctors who might be asked to assess applicants for assisted suicide".

These fears are echoed by Lord McColl of Dulwich, formerly Professor of Surgery at Guys. Writing in today's Daily Telegraph, he describes the proposed immunity from prosecution for relatives who aid and abet Swiss suicides as a 'get out of jail free card'. Accepting that some people do help their relatives to end their lives for compassionate reasons and after long and careful reflection, Lord McColl warns readers that there is also "a darker side to the assisted suicide story" and that the law needs to be maintained in order to deter unscrupulous coercion and manipulation of vulnerable people.

Lord Falconer's amendment is expected to be debated this afternoon.