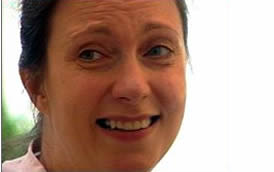 The Care Not Killing Alliance has welcomed today's High Court decision not to require the Director of Public Prosecutions to provide information about how decisions to prosecute for assisted suicide are made.

Debbie Purdy, who has multiple sclerosis, had sought a guarantee from the High Court that her husband would not be prosecuted should he accompany her to the Dignitas suicide 'clinic' in Zurich, Switzerland.

Care Not Killing had previously welcomed a full airing of the arguments, but had warned that any loosening of the law to make assisted suicide easier would put vulnerable people at risk and make them susceptible to exploitation and abuse - a view upheld by the House of Lords vote on the Joffe Bill in 2006.

Speaking in reaction to the news of the judgment, Care Not Killing director Dr Saunders said:

We welcome this decision. The current law is very clear and does not require the sort of clarification that has been sought in this case. There has been a huge amount of media interest in this case but the High Court Judges, in giving permission for Debbie Purdy to proceed with the hearing, had made it very clear that they were not giving her any grounds for optimism that her arguments would succeed. We are not surprised that the court found that, in order to protect vulnerable people from exploitation, the current law should be upheld.

Assisting in another's suicide is a criminal offence which carries a sentence of up to 14 years imprisonment. The law is very clear on this matter and should not be changed. Changing it to allow assisted suicide would place vulnerable people - the sick, elderly, depressed and disabled - under pressure, whether real or imagined, to request early death. Vulnerable people often feel that they constitute a financial or emotional burden to others and the so-called 'right to die' can so easily become the duty to die. Once a person has been 'helped to die' it is often very difficult to know whether there has been subtle coercion involved from someone who has an interest in a person's death.

Requests like this are thankfully extremely rare and hard cases make bad law. We must not legislate for exceptions and the House of Lords for this reason in 2006 quite rightly rejected Lord Joffe's assisted dying bill. There are over 70,000 people in Britain with multiple sclerosis at present and only a very small number ever request assisted suicide. These requests are virtually never persistent if patients' physical, emotional and spiritual needs are properly addressed. Our key priority must therefore be to make the very best palliative care more widely accessible and to get rid of the postcode lottery of care that currently exists in Britain.

We are concerned about Mrs Purdy's expressed fear of choking to death or experiencing excruciating pain because with good palliative care these fears are quite groundless. The public is being misled over this. There have been great advances in the management of multiple sclerosis which have benefited patients and now mean that many with the disease live an almost normal lifespan. Mrs Purdy has had MS for 13 years already and may have many more years still to live. It is also not at all clear, given the type of illness she has, that she would ever need assistance to end her life, should she be determined to do so. This case has to be seen therefore in the wider context of an ongoing campaign by Dignity in Dying, formerly the Voluntary Euthanasia Society, to change the law.

The key issue here remains whether the law should be changed for the very small number of people who press for assisted suicide. Our view is that in order to protect others from exploitation it should not be.