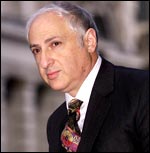 Some of Britain's most senior legal experts have warned that the new guidelines from the Crown Prosecution Service (CPS) on assisted suicide are "not fit for purpose" and have called on the Director of Public Prosecution to rewrite them.

The lawyers have warned that the guidelines issued on 23 September "give the appearance of a shift in the role of the CPS" from an enforcer of the law other than in exceptional circumstances to an arbitrator. "Such an impression", say the lawyers, "poses serious dangers for public safety".

The lawyers include Lord Carlile, the Government's chief terrorism adviser, former Lord Chancellor Lord Mackay and Baroness Butler-Sloss, a retired judge who oversaw the inquest into the death of Princess Diana. They have joined together with disability rights campaigners and senior doctors to deliver their stark message, which appears in the formal response from Care Not Killing (CNK) to the DPP on his draft guidelines on assisted suicide.

The 34-page submission welcomes assurances by the Director of Public Prosecutions that his guidelines do not change the law on assisted suicide and that any change in the law must be a matter for Parliament. It also welcomes the DPP's statement that no one minded to assist a suicide can expect immunity from prosecution.

But CNK condemns the wording of the guidelines, saying that they "pose serious risks of misinterpretation" and there are "serious defects both in their underlying principles and in several of the specific prosecution criteria proposed".

The organisation has called on the DPP to rewrite the guidelines making clear that the Code for Crown Prosecutors requires that, where the criminal law has been broken, there should be a presumption in favour of prosecution unless there are compelling public interest factors to the contrary.

While CNK assesses some of the proposed prosecution criteria as acceptable and others as acceptable if they are amended or clarified, it describes a number as "unacceptable in any circumstances". These include the proposals that assisters with suicide might be treated more leniently if the deceased had been seriously ill or was disabled or if the assister was a spouse or close family member.

Lord Carlile, one of the signatories of the response, said: "It is a fundamental principle of the criminal law that its protection should be afforded equally to all irrespective of their state of health.

“And, while it is conceivable that a spouse or close family member might assist a suicide out of compassion, the reality is that many cases of abuse, and especially elder abuse, occur within families. The notion that those closest to the deceased are necessarily 'loved ones' is fallacious”.

"We recognise the attempt that the DPP has made to carry out a very difficult remit given to him by the Law Lords, and there are several aspects of the guidelines that we can support. But these interim guidelines adopt, however unwittingly, the political assumptions of the pro-euthanasia lobby, and they risk sending the misleading message that assisted suicide will not be prosecuted if the right boxes are ticked.

"The current law acts as a powerful deterrent against abuse and exploitation of vulnerable people and it has been firmly upheld by Parliament. Removing these safeguards could lead to an increase in vulnerable and disabled people being pressured into ending their lives.

"We hope the DPP will reflect carefully on our detailed analysis and revise his new guidelines to remove risks of misunderstanding and to ensure that everyone, irrespective of their state of physical or mental health, receives the full protection of the law."

While suicide is legal in England and Wales, assisting a suicide is not. The offence carries a maximum penalty on conviction of 14 years imprisonment.

In practice, there are few prosecutions for assisted suicide. This is due in large measure to the deterrent effect of the law and the penalties it holds in reserve, which cause most people who might be minded to assist a suicide to think very carefully before doing so. The handful of cases that occur are often those involving a strong compassionate element where the assister has acted reluctantly and after long and careful deliberation. Such cases are not usually prosecuted: the Director of Public Prosecutions exercises the discretion that the law allows him not to prosecute in cases where the public interest does not require a prosecution.

Pro-euthanasia campaigners have been trying, without success, to persuade Parliament to legalise assisted suicide for certain categories of people - in particular the terminally ill. In 2008 they supported an application by Ms Debbie Purdy, who has multiple sclerosis, to require the DPP to publish the criteria by which he assesses assisted suicide cases for prosecution. Ms Purdy, who is not terminally ill, says that she may wish at some point in the future to have assistance from her husband to commit suicide but wishes to be sure that he will not be prosecuted in that event. Her application, which was opposed by the DPP, was rejected by both the High Court and the Court of Appeal but accepted by the House of Lords at the end of July this year, when the Law Lords instructed the DPP to publish the "facts and circumstances to which he will have regard" in deciding whether or not to prosecute in cases of assisted suicide.

The DPP published an interim policy statement on 23 September which includes 16 factors that might incline him to prosecute in such cases and 13 that might incline him not to do so. The policy is already in force but is the subject of a public consultation expiring on 16 December. Care Not Killing's response to the consultation is contained in a Memorandum submitted today. It comprises an overall assessment of the DPP's interim policy statement plus a point-by-point critique of each of the 29 factors that are proposed for or against prosecution.