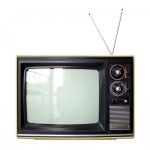 The Care Not Killing Alliance has heavily criticised the BBC's decision to film and screen a man's dying moments at the Dignitas suicide facility in a documentary fronted by Terry Pratchett due to be shown on 13 June.

A five-minute sequence in the BBC2 programme shows celebrity author Pratchett witnessing Peter, a British man in his early 70s who has motor neurone disease, taking his own life at the controversial Swiss facility.

CNK Campaign Director Dr Peter Saunders said, 'This is yet another blatant example of the BBC playing the role of cheerleader in the vigorous campaign being staged by the pro-euthanasia lobby to legalise assisted suicide in Britain.'

'Having failed spectacularly in the House of Lords twice since 2006 to convince legislators that legalising assisted suicide is safe, and finding themselves blocked repeatedly by the medical profession's professional bodies, Dignity in Dying (formerly the Voluntary Euthanasia Society) is now using celebrity endorsement and media portrayal of suicide in order to soften up public opinion ahead of a new drive to change the law later this year.'

'By putting their extensive public resources behind this campaign and by giving Terry Pratchett, who is both a patron on DID and key funder of the controversial Falconer Commission, a platform to propagate his views, the BBC is actively fuelling this move to impose assisted suicide on this country and runs the risk of pushing vulnerable people over the edge into taking their lives. It is also flouting both its own guidelines on suicide portrayal and impartiality.'

'This portrayal of suicide by the BBC, along with Pratchett's celebrity endorsement, breaches both international and BBC guidelines on suicide portrayal and risks encouraging further suicides amongst those who are sick, elderly or disabled. It is both a recipe for elder abuse and also a threat to vulnerable people, many of whom already feel under pressure at a time of financial crisis and threatened health cuts to end their lives for fear of being a burden on others. The dangers of portraying suicide on the media (Werther effect, suicide contagion, or copycat suicide) are well recognised in the medical literature.'

The BBC's own editorial guidelines on portrayal of suicide are very clear and call for 'great sensitivity': 'Factual reporting and fictional portrayal of suicide, attempted suicide and self-harm have the potential to make such actions appear possible, and even appropriate, to the vulnerable.'

The WHO guidance on the media coverage of suicide is equally unambiguous: "Don't publish photographs or suicide notes. Don't report specific details of the method used. Don't give simplistic reasons. Don't glorify or sensationalize suicide."


Saunders continued, 'This latest move by the BBC is a disgraceful use of licence-payers money and further evidence of a blatant campaigning stance. The corporation has now produced five documentaries or docudramas since 2008 portraying assisted suicide in a positive light. Where are the balancing programmes showing the benefits of palliative care, promoting investment on social support for vulnerable people or highlighting the great dangers of legalisation which have convinced parliaments in Australia, France, Canada, Scotland and the US to resist any change in the law in the last twelve months alone? One will not it seems, hear any of this from the BBC.'

'The BBC is in flagrant breach of both its own guidelines on suicide portrayal and also its public duty to remain impartial. This will inevitably lead to further criticism of bias and will only serve to place the lives of more vulnerable people at risk.'

Terry Pratchett: Choosing To Die, is broadcast on Monday June 13 on BBC2 at 9pm.

The dangers of portraying suicide on the media are well recognised in the medical literature and have recently been highlighted in new German film 'Goethe' featuring features the quasi-autobiographical novel 'The Sorrows of Young Werther'. This novel, after which the 'Werther effect' (copycat suicide or suicide contagion) is named led to a spate of suicides in Germany at the time.

The BBC editorial guidelines on portrayal of suicide are very clear: 'Suicide, attempted suicide and self-harm should be portrayed with great sensitivity, whether in drama or in factual programmes. Factual reporting and fictional portrayal of suicide, attempted suicide and self-harm have the potential to make such actions appear possible, and even appropriate, to the vulnerable.'

The WHO guidance on the media coverage of suicide is equally unambiguous: 'Don't publish photographs or suicide notes. Don't report specific details of the method used. Don't give simplistic reasons. Don't glorify or sensationalize suicide.'

The BBC Editorial Guidelines require that it remains impartial: 'Impartiality lies at the heart of public service and is the core of the BBC's commitment to its audiences. It applies to all our output and services - television, radio, online, and in our international services and commercial magazines. We must be inclusive, considering the broad perspective and ensuring the existence of a range of views is appropriately reflected.'

On the basis of the 2005 House of Lords Select Committee Report an Oregon-type law in Britain, as proposed by Terry Pratchett, would lead to about 1,000 assisted suicide deaths in this country each year. This is in stark contrast to the relatively small number of British residents (160 over ten years) who have travelled to the Dignitas facility in Switzerland to end their lives.