What do GPs think?

Care Not Killing received widespread support at the 2007 Royal College of GPs conference... 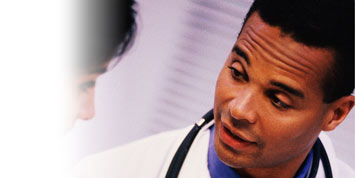 Care Not Killing took a stand at the first annual conference of the Royal College of General Practitioners (RCGP) in early October. Held in Edinburgh, the conference attracted hundreds of delegates from across the United Kingdom: GPs-in-training, established practitioners and retired GPs were all well represented, along with RCGP faculty staff and medical educators.

The Care Not Killing exhibition displayed material representing both sides of the assisted dying debate, but majored on the very sound reasons we give for opposing the legalisation of physician assisted suicide (PAS) and euthanasia. Our DVD Doctors Speak on Assisted Dying was well received, and many GPs signed up as supporters.

PAS also featured in the conference programme with a seminar debating the question What should be our role in physician assisted suicide?

Baroness Elaine Murphy of Aldgate, retired psychiatrist and pro-assisted dying peer, argued that doctors should be involved. Her arguments centred around respect for autonomy, the supposed 'ethical fudge' of current end-of-life care legal rights and wrongs, and the apparent safety of Oregon's system of PAS.

Opposing Baroness Murphy was Dr Paddy Stone, Macmillan Senior Lecturer in Palliative Medicine from St George's Hospital Medical School. He argued that doctors should not have any role in PAS and that it should not be legalised in the UK. He also reasoned persuasively that there is a real slippery slope and critiqued the research that argues otherwise. The large majority of the audience were won over by his arguments and the final vote showed strong opposition to a role for doctors in PAS.

This opposition to legalised assisted dying was also detected in GPs' opinions expressed to our staff. It is also supportive of the view that the RCGP's official opposition to assisted dying is reflective of its members' opinions. Speaking in 2006 in the run up to the second reading of the (subsequently defeated) Assisted Dying for the Terminally Ill Bill (Joffe Bill), the College's chairman Professor Lakhani said:

Assisted dying has been one of the most debated issues in the history of the College. The RCGP is the largest medical Royal College with over 24,000 members. A clear decision has been reached by our Council - we do not support a change in legislation that would permit assisted dying.