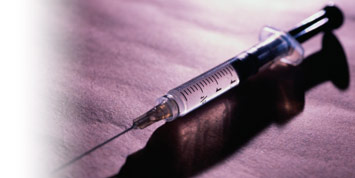 The Royal College of Nursing is asking its members to give them their views, once again, on whether assisted suicide should be legalised. Nurses would be well advised to think carefully when responding.

The Royal College of Nursing (RCN) has launched a new consultation with its members about whether medically-assisted suicide for terminally ill patients should be legalised. The College, which has opposed previous Private Member bills of this nature, has issued a policy brief that summarises a number of the arguments for and against a change in the law. It is important that nurses should be aware of how a change in the law would affect them and how it would pose serious risks for many of their patients.

Many nurses are opposed to a change in the law on moral or ethical grounds. They see their role, alongside that of doctors and other health professionals, as being to help treat illness or, where that is not possible, to relieve the suffering that illness brings. In no circumstances does this role include helping to end a patient's life, even if that is what the patient says he or she wants. The RCN's policy brief rightly draws a clear distinction between end-of-life decisions, which health care professionals have to make regularly as part of their work (for example, to discontinue treatment which has proved ineffective) and ending-life decisions, which would involve bringing a patient's life deliberately to an end and which are illegal.

However, in addition to these ethical issues, there are also serious risks to public safety involved in a change in the law to allow medical assistance with suicide. The College's brief rightly draws attention to the issue of patient vulnerability. It is not uncommon for terminally ill patients to say to their doctors or nurses that they want to 'end it all'. Experienced health care professionals know that, almost always, this isn't a request for help to commit suicide but a disguised cry for help of another kind – for reassurance that the patient's worst fears will not be realised, that they can count on support to deal with what lies ahead, that their impending death has not devalued them in the eyes of those around them. Moreover, it is a cry for help that they are able to voice openly under the law as its stands – because they know there can be no risk of being taken at their word. Many terminally ill patients who talk this way are suffering from internalised and undisclosed pressures – they are concerned at the emotional or financial burden, real or imagined, that their illness is imposing on their families and wondering whether perhaps they ought to remove themselves. Almost invariably, they change their minds as time passes: only a handful persist.

The key question therefore is this: can we responsibly afford to open a window to oblige a very small number of determined people through which thousands of less resolute and highly vulnerable patients could pass while under stress and against their better judgement? Talk of 'safeguards' is illusory. The safeguards that have been suggested by campaigners for a change in the law look fine on paper but they are unlikely to stand up to the real-world pressures of terminal illness and everyday clinical practice. The experience of Oregon, where medically-assisted suicide was legalised in 1997, provides a salutary warning. Recent research, published in the British Medical Journal, indicates that one in six of those who have committed suicide in Oregon in the last ten years using drugs legally supplied by their doctors have been suffering from treatable depression which was not detected during the assessment process.

The RCN brief speculates whether 'improved palliative care would negate the need and the demand for assisted suicide'. In fact, Britain has much higher-quality palliative care that any of the few countries in the world that have legalised assisted suicide or euthanasia. Palliative medicine has been a recognised clinical speciality here, with lengthy qualifying training, for a number of years, whereas in places like Oregon it is simply a form of additional training for generalists who take an interest in it. The problem is not so much the quality of what we have in Britain as getting it cascaded from the specialist hospital departments and hospices where it exists into the community at large. That is one of the things that the Government's 2008 End of Life Care Strategy, on which the College's brief is silent, is designed to do.

It is also misleading to talk of a 'demand' for assisted suicide. There is certainly a vociferous and strident media campaign change the law; and there are many people who say when they are in good health that they would want to 'end it all' if they became seriously ill. But those who spend their lives working with terminally ill people know that this is a far from accurate picture. Very few people who are dying seriously want to accelerate their deaths. What we have is not a 'demand' for assisted suicide but a political campaign.

Nurses should be under no illusion that they would be unaffected in their professional lives by a change in the law to allow medical assistance with suicide. Nurses who do not support abortion can avoid working in obstetrics. But people die in all nursing environments. And, though in most cases it would fall to a physician to write a prescription for lethal drugs, that would only be the final step in the process. Nurses would inevitably have to play a major role in the assessment of patients who apparently wished to commit suicide. They generally spend more time with patients than do doctors and they would be required to give their assessments of such things as whether an applicant was suffering from internalised coercion or was really serious about committing suicide. How confident could they be, in making what would be literally life-or-death assessments, that they understood what was really in the patient's mind? It would be, as Baroness Emerton, herself a former nurse, wrote in the Nursing Standard last year, a truly awesome responsibility. This is not a proposal from which nurses could stand aside if it were ever to become law.

There have been three Private Member bills introduced into the House of Lords in the last five years designed to legalise 'assisted dying'. All have been defeated. The Government has said it has no plans for a change in the law – indeed, it is in the process of tightening up the Suicide Act to protect vulnerable people from internet websites that encourage the practice. And recently the Prime Minister has told Parliament that he is opposed to a change in the law to allow assisted suicide.

All the Medical Royal Colleges and the British Medical Association have declared their opposition to legalising either assisted suicide or euthanasia: they are concerned about the incompatibility of these acts with clinical ethics and about the risks to vulnerable patients. That is also the position of the Royal College of Nursing. It should remain so. It rests with nurses to ensure that it does.