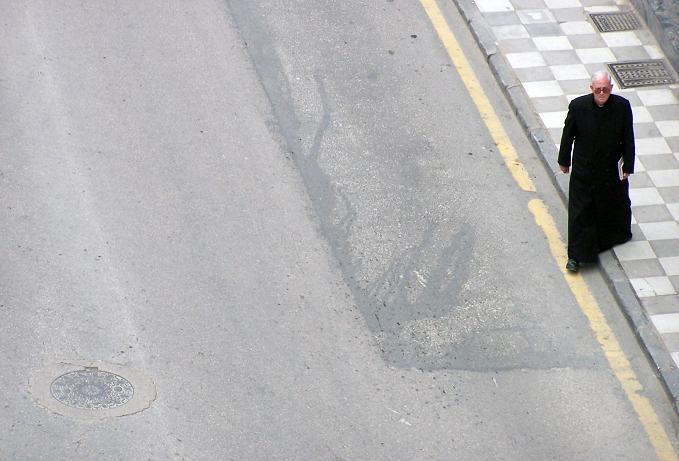 Dignity in Dying (the former Voluntary Euthanasia Society), which campaigns for the legalisation of assisted suicide for mentally competent people with less than a year to live, has set up a new group with the innovative title 'Interfaith Leaders for Dignity in Dying'.

The arrival of the group was announced earlier this week in a small article in the Times (£) as follows:

'An alliance of Jewish and Christian leaders who favour changing the law to allow assisted dying in particular circumstances was formed last week. The InterFaith Leaders for Dignity in Dying (IFDiD) group plans to specify the situations in which assisted dying might be justified, to devise rituals for those opting for an assisted death, and to compose guidelines for the before-and after-death pastoral care of those who have an assisted death and for the care of their families.'

According to the Huffington Post, the new group wants 'to change the portrayal of religion as being anti-assisted suicide'.

Rabbi Jonathan Romain, of Maidenhead Reform Synagogue and co-ordinator, says that they are arguing for a position on assisted suicide that is 'a bit more nuanced'.

Currently the group boasts 52 members, mainly Christian and Jewish ministers, but Romain said they are 'actively seeking ordained members of other faiths, including imams'.

But this is unlikely to stop them obtaining column inches to propagate their views in vehicles like the Times, Huffington Post, Guardian and Independent.

The group plans to publish 'a compilation of religious texts on assisted dying' and provide 'theological guidelines' for looking after those suffering and their families before and after death.

In 2010 DiD was also instrumental in setting up Healthcare Professionals for Assisted Dying (HPAD) (see here) to push similarly for the legalisation of assisted suicide. This group has about 520 members (a figure representing about 0.25% of the country's estimated 200,000 doctors).

DiD seem to be resorting to increasingly desperate measures in the face of flagging support for a change in the law. The response to their highly trumpeted recent 'consultation' on Lord Falconer's new proposed bill on assisted suicide was dismal with a total of only 411 groups and individuals making submissions.

Lord Falconer's earlier so-called 'Independent Commission on Assisted Dying', which was set up to pave the way for the new bill, was stacked full of euthanasia sympathisers, and received a similarly muted response when it held its 'consultation' last year.

About 46 individuals and 40 organisations who were invited to give evidence to this commission refused to do so largely due to concerns about bias.

As a result the commission ran out of 'witnesses' half way through last year after DID had encouraged its members to send in their own 'evidence'.

It is not unlikely that a substantial proportion of those giving evidence to this most recent private consultation were similarly 'encouraged'.

By contrast a balanced House of Lords Select Committee carried out an official parliamentary Inquiry into assisted suicide in 2005. This covered some 246 Hansard columns and two volumes of 744 pages and 116 pages respectively; 2,460 questions were asked and the committee received 14,000 letters.

These two recent enquiries, in comparison, were not only unbalanced but miniscule.

Romain's new group of 'religious leaders' may well attract some interest from the liberal press, but they are unlikely to convince anyone who does not already share their views.

In 2005 nine prominent leaders of the six main world faith groups (Christians, Muslims, Jews, Sikhs, Buddhists and Hindus) signed an open letter to all MPs and Peers in which they opposed the legalisation of euthanasia and assisted suicide.

Their letter, which represents what the vast majority of faith leaders actually believe about these issues, is far more worthy of study that the maverick theology of IFDiD.

mary jean: Sun, 24 Mar 2013 11:32
Well done for drawing attention to the disparity in the evidence and support for enquiries into changing the law on assisted dying. Heard IFDID on radio 4 this morning; speaker quoted selected bit of the old testament to justify killing. I checked up the actual sections and can find equallty valid bits to support the otehr side. Wish people would stop using the old rtestament literally to support their own views.
We cannot judge another's quality of life from our own perspective and shouldn't try. What we need is more aattention to those who woulkd benefit from a hospice-care approach which aims to meet total pain with total care.
Anonymous: Fri, 1 Feb 2013 09:26
Yes, the sanctity of life argument appears to be the last hurdle in the debate on assisted suicide. Due to well funded and planned campaigns it seems Dignity in Dying can recruit even religious leaders to their cause under the auspices of human rights/ the right to choose.
Please enable javascript to post comments!
Our Position »
Live Issues »
Scotland »
FAQs »
Get Involved »
Donate »