Back to (med) school

A debate at University College London on Monday night allowed the core principles of the debate on assisted suicide to be addressed - and by a distinguished cast. 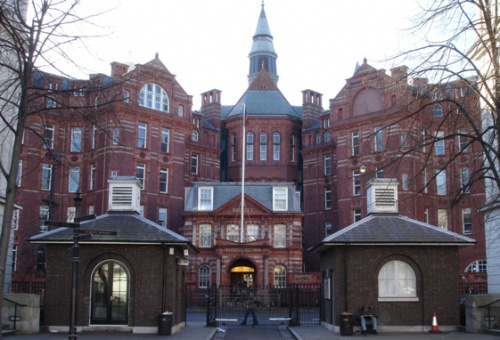 UCL's Cruciform Building was the impressive setting for a debate staged by the university's Medical Society, with our own Dr Peter Saunders speaking against the motion, 'This House would legalise Assisted Dying', alongside Lord Carlile, Baroness Finlay and Robert Preston - leading lights in the think tank Living and Dying Well. Speaking for the motion were Lord Falconer, Baroness Jay, Sir Terence English and Prof Raymond Tallis - all of Dignity in Dying (the former Voluntary Euthanasia Society) and its small medical wing.

The debate was not actually about the merits of Lord Falconer's Assisted Dying Bill - as Lord Carlile reminded the Labour Peer towards the end - but much of the evening was directed towards his political aims, even though he was somewhat shy about his pedigree. Speaking of 'when I was on the Commission for Assisted Dying', Lord Falconer forgot to add that he had personally established and appointed the 'Commission'. It also slipped his mind, having outlined 'why I'm giving Parliament the chance to vote on' the issue, that he had already done so in 2009, as had his colleague Lord Joffe (who was in the audience) in 2006.

Lord Falconer stressed that his only interest was to legislate in relation to terminally ill people, but it became clear that the meaning of this was by no means set in stone. Having originally planned a law based on a twelve-month prognosis, the current bill looks at a six-month prognosis, which is, Baroness Jay said, in accordance with the Health and Social Care Act. But these are artificial definitions developed for political or administrative purposes.

Baroness Finlay, 'speaking to you as a jobbing doctor' who had been on the ward that morning, strongly asserted that 'sometimes in medicine we can't be sure' - and we shouldn't avoid acknowledging this fact. She herself, one of the most senior and experienced palliative care physicians in the country, had offered a prognosis of three months in 1991 to a man who is still living - but whose wife has since died, leaving him the sole carer of their child. She said that there are 'real problems when patients are labelled as terminally ill' and given up on, given over to palliative care - they stop thinking of the possibilities of tomorrow. In Oregon, whose law has been held up as an example by Lord Falconer, patients seek out prescribing physicians who have never met them before and know nothing of their illness beyond the paperwork - while being predisposed to accede to such requests.

Baroness Jay and Prof Tallis both claimed that palliative care and the doctor-patient relationship have not been adversely affected by legalised assisted suicide and euthanasia. This stands in stark contrast to the declarations of eminent Belgian euthanasia practitioner Prof Jan Bernheim, who told a Brussels audience earlier this month that where palliative care development in the UK sought to ward off euthanasia, in Belgium it enabled it, and he described rises in palliative care expenditure since the legalisation of euthanasia - which, coincidentally, is costed as 'palliative care'. Baroness Finlay's comments about seeking out a doctor who will agree with a patient's own understanding of their condition also applies to other jurisdictions.

It was telling that Prof Tallis should comment that 'the train to Switzerland is difficult to board' if you are disabled; the recent launch of EPC Europe in Brussels made clear that the 'compassion' which we are told drives such laws has done nothing to drive up standards in consideration of disabled people in these countries.

'Every law contains the seed of its own extension'

The proponents sought to put 'compassion' at the heart of their case, but as Lord Carlile said early on, 'I do not believe there is a single person in this room who can define compassion', and despite the efforts of certain individuals and groups, 'nobody has a monopoly on defining compassion'. Dr Saunders noted that the twin - vague - arguments of choice and compassion unite DiD & HPAD, SOARS & FATE (suicide for elderly people) and EXIT International (suicide for the depressed and the troubled teen), and no matter the weight Lord Falconer gives to his judgment that the law should only cover terminally ill people, 'every law contains the seed of its own extension'. Robert Preston reminded the panel that Lord Joffe openly said that he wanted his bill to be a first step - a point the peer conceded from the audience - and a QC also in the audience urged all of those engaged in the wider debate to acknowledge the logical steps laid out by such a bill.

Robert Preston, former Whitehall civil servant and Director of Living and Dying Well, speaking on a subject to which the peers who support LDW's work have given significant attention, said that 'safety has to be proportionate to risk', moreso with this, 'a law with irrevocable consequences if we get it wrong'. DiD, who fully support the Falconer Bill, often herald the possibility of a law with 'upfront safeguards', but there are none here. What constitutes a 'clear and settled' will? How long is 'settled'? What steps must doctors take to discount coercion? What constitutes coercion? The real world isn't composed of black and white images, as campaigners would have us believe, yet Parliament is being asked to consider a law which contains only the promise of a future code of conduct - 'someone else's problem'.

Most if not all of the speakers at one point or another raised the fact that our European neighbours, as well as the three US states, have already allowed the practice; in Baroness Jay's words, 'why if it's allowed in Europe should it not be allowed here?' She was followed by Dr Saunders, who exposed the gross inadequacies and horrors of the laws on the continent, and the proposition panel seemed to be unfamiliar (or uncomfortable) with much of the reality of assisted suicide and euthanasia abroad.

Sir Terence several times claimed - incorrectly - that Oregon had seen no rise in the last four years, and Dr Saunders pointed out that the 'small' numbers of deaths in Oregon which Sir Terence was seemingly comfortable with would translate to 1200-1400 in the context of a population such as that of the UK. Our Campaign Director also reminded the proposition, so delighted with the decision of seven jurisdictions to permit these practices, that 120 attempts to legalise euthanasia and/or assisted suicide through state legislatures in the USA alone were rejected in just fifteen years.

Dr Saunders commented that illegal practice is tolerated abroad because the culture surrounding these practices has changed; when challenged to provide evidence of abuses and failings abroad, there was much material to choose from. Dr Saunders spoke of the levels of involuntary and unreported euthanasia in Belgium, and Lord Carlile noted that the 2005 Mackay Committee was told that as much as 30% of Dutch euthanasia was conducted outside of the law.

The phenomenon of Oregon patients receiving letters informing them that their insurance would not cover new treatments but would cover assisted suicide had already been raised by Dr Saunders, and Baroness Finlay referenced the infamous - though largely unknown - Cheney case. She pointed to the fact that reporting is voluntary in Oregon with no monitoring of drugs or prescriptions, no idea if consumption was voluntary - and with the key witness no longer able to speak out. Mr Preston added that a sixth of those who undergo assisted suicide in the state were later found to have been clinically depressed - but undiagnosed - according to a BMJ study.

What is 'assisted dying', anyway?

'Assisted dying' could almost be considered a valid term insofar as it indicates a focus on terminally ill patients, but is otherwise a euphemism serving a political agenda: taking the sting out of the fact that patient or physician are deliberately causing a death which would not otherwise at that time occur, known in all other rational debate as assisted suicide or euthanasia. Sir Terence illustrated this obfuscation by describing assisted dying as 'giving the dying the wherewithal to accomplish their own deaths'. Lord Falconer was somewhat blunter in describing 'assisted dying' for those without capacity as being 'put to death'. With his colleagues, he had earlier asked why the UK does not follow Europe's lead - which seemed rather contradictory when we consider the levels of euthanasia among those with dementia and psychiatric problems in the Netherlands, and euthanasia without explicit request in Belgium.

Mr Preston condemned the parodies presented by the proposition of the current law which tempers justice and protection of vulnerable people with empathy, and the motion was only narrowly passed in a show of hands at the end of the debate. More importantly, Baroness Finlay left the medical students with a message that it is to be hoped will stay with them throughout their careers: if your patient is suffering, 'redouble your efforts - the role of the doctor is not to give up and foreshorten life.' Hear, hear.

Read the base text for Dr Saunders' talk