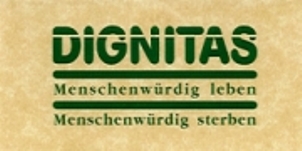 In an article in The Guardian on 22 June, the newspaper's health correspondent, Denis Campbell, writes of growing concern among doctors in this country that some British people are going to the Swiss assisted suicide organisation, Dignitas, to end their lives when they are suffering from medical conditions which can be readily relieved and are not terminal.

The Guardian has obtained a list of the circumstances of 114 Britons who have committed suicide at Dignitas's apartment near Zurich over the last ten years. 'Thirty-six of the 114 unnamed Britons', the article says, 'had various forms of cancer, 27 had motor neurone disease and 17 had multiple sclerosis. But two had Crohn's disease, an inflammatory bowel disease; two were tetraplegics; three had kidney disease, which can be usually treated by dialysis or a transplant; and one had rheumatoid arthritis – all conditions which doctors say are not terminal'.

Professor Steve Field, chairman of the Royal College of General Practitioners, is quoted as saying: 'I'm horrified by this list. While I appreciate that some patients with conditions like these experience great suffering and misery, I'm concerned because I know that many of the conditions outlined are conditions patients live with and can live with for many years and continue to have productive and meaningful lives.'

In a blog on the Guardian website he argues further that if all patients had access to high quality palliative care there would be no case for assisted suicide. He also expresses concern for patients who 'might feel they are a burden on their carers and request that their life be ended without exploring all treatment options'. 'Carers might push the patient towards assisted suicide in order to reduce the burden on them. This might be social, psychological or financial, resulting in coercion, especially if they are socially or economically disadvantaged.'

Dr Tony Calland, Chairman of the Ethics Committee at the British Medical Association, adds 'this list raises considerable concern. There are some conditions such as Crohn's disease and rheumatoid arthritis that, whilst extremely unpleasant, are eminently treatable and many of the symptoms can be relieved. To go off and commit suicide simply on the basis of these conditions would be premature and unreasonable.'
The Guardian adds that 'research published last year in the Journal of Medical Ethics showed that 21.2% of all those of various nationalities ending their lives at Dignitas had a non-fatal illness'.

It is to be hoped that Parliamentarians will take heed of this latest information. The House of Lords will shortly have before it an amendment to the Coroners and Justice Bill, tabled by Lord Falconer and certain other Peers, which seeks to make it legal to help terminally ill people to go abroad to get assistance with suicide in one of the few jurisdictions where this sort of thing is legal. In practice, that means Switzerland and Dignitas, which accepts non-Swiss nationals for suicide. Peers should ask themselves whether they should be smoothing the path of British citizens to an organisation which, in the words of Professor John Saunders of the Royal College of Physicians, 'is cavalier in arranging for people to end their lives'.

It is to be hoped that the British Medical Association will take note too. Its Annual Representative Meeting next week will consider, among other things, the Association's attitude to assisted suicide; and there are motions calling for legalisation of assisted suicide overseas. Only three years ago the BMA abandoned a temporary position of neutrality on the subject of euthanasia and voted clearly for an opposing stance. Surveys of medical opinion regularly show that, even if some activists favour legalising assisted suicide, most doctors do not want to see the law change. Delegates to the BMA conference should reflect on what is happening in Switzerland and not allow themselves to be browbeaten by campaigning hype into supporting a stance which few practising doctors want to see.