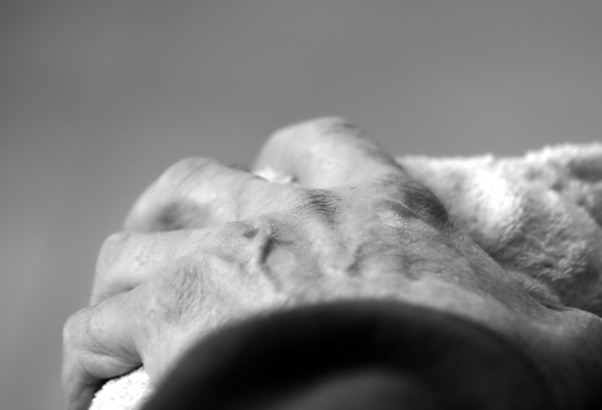 A long-term pro-euthanasia campaigner has starved herself to death over five weeks because she could not have her life ended legally. Jean Davies, 86, did not suffer from a terminal illness but said her life had become 'intolerable' after a series of fainting spells. She died at home in Oxford on 1 October after giving an extensive interview to the Sunday Times.

Mrs Davies became involved in the right-to-die campaign as far back as the 1970s and was president of the World Federation of Right to Die Societies from 1990 to 1992 and was chair of the Voluntary Euthanasia Society UK (now Dignity in Dying). In 1997, her book Choice in Dying argued for British law to allow doctors to end their patients' lives. According to her daughter she died peacefully and was 'smiling at everyone' the day before.

Essentially here, we have a long-time euthanasia campaigner attempting to use her own death to further the cause she has championed throughout her life. Ironically her own daughter said in an interview that her case proves those who want to die already have power to take their own lives and that the law therefore does not need to be changed. Her GP, who does not believe in 'assisted dying', told the Sunday Times he had treated her symptoms after consulting his defence union.

Our Campaign Director, Dr Peter Saunders, spoke to The Times with his comments picked up by other newspapers including the Express, Guardian and Daily Mail. These chose to major on the part about 'emotional blackmail' and not to include the reference to Helga Kuhse, but Kuhse's comments deserve wider circulation:

'It is not illegal to starve and dehydrate oneself to death but neither is it right. My fear is that this unusual and tragic case will be seized upon by the pro-euthanasia lobby to further their agenda of legalising assisted suicide and euthanasia.

'It is the same technique used by Helga Kuhse, then President of the World Federation of Societies for the Right to Die at their 5th Biennial Congress on the Right to Die held in Nice, France, September 1984 when she said, "If we can get people to accept the removal of all treatment and care - especially the removal of all food and fluids - they will see what a painful way this is to die and then, in the patient's best interests, they will accept the lethal injection."

'We should recognise this ploy for what it is and reject it. However we might sympathise with this woman's condition, by deliberately choosing to go public with it she is adopting a campaigning stance in the footsteps of Kuhse. It is, if you like, a subtle form of emotional blackmail aimed at softening opposition to a change in the law to allow assisted suicide or euthanasia.

'There are good reasons for keeping the law as it is. Any change in the law to allow assisted suicide or euthanasia would place pressure on vulnerable people to end their lives for fear of being a financial, emotional or care burden upon others. This would especially affect people who are disabled, elderly, sick or depressed.

'The present law making assisted suicide and euthanasia illegal is clear and right and does not need changing. The penalties it holds in reserve act as a strong deterrent to exploitation and abuse whilst giving discretion to prosecutors and judges in hard cases.

'Persistent requests for euthanasia are extremely rare if people are properly cared for so our priority must be to ensure that good care addressing people's physical, psychological, social and spiritual needs is accessible to all.'

© Image copyright of 'asbruff' and licensed for reuse under Creative Commons License 2.0