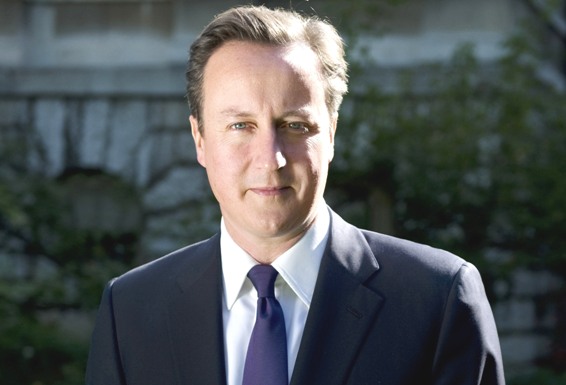 Much is made of polling data by those who wish to press assisted suicide and/or euthanasia on the UK, with the implication being that opposition to such change is 'out of step', a 'niche viewpoint'. Sustained opposition to assisted suicide by our political leaders - demonstrated most recently by Prime Minister David Cameron - shows, however, that our evidence-based case is accepted at the heart of mainstream political opinion.

Opponents of assisted suicide are often told that they would think differently if they were personally affected. Such barbs are ill-considered at best, with the most vocal defence of the current legal protections coming from those working in palliative care and those who are disabled, and we might perhaps note that David Cameron, like Gordon Brown before him, speaks from extensive personal experience of caring for a disabled child.

'I would not have voted for this or any Bill legalising euthanasia or assisted dying.'

He added that there was a fine line between 'allowing nature to take its course' and allowing doctors to accelerate death.

'I do not think we should tread over this line and we should not allow doctors or others positively to accelerate death - because I think the long-term consequences of permitting such action are too likely to be dangerous for society.

'I do not believe we should place anyone in this position (of being a burden) and believe that any such change in the law may have a profound impact on the relationship of terminally ill patients with their doctors.'

'if assisted dying is legalised, there is a danger that terminally ill people may feel pressurised into ending their lives if they feel they've become a burden on loved ones. I don't believe anyone should be put in this position.'

'I have not supported it in the past and I'm not planning on changing my position... My worry has always been about whether people will be unfairly pressurised. But it's a matter of conscience.'

'I was fascinated to discover that Lord Raglan, who had tried in vain to promote a Euthanasia Bill via the House of Lords in 1969, later publicly debated the issue with Dame Cicely [Saunders]. After he had heard her talk, he graciously conceded that, if he could be sure he could be looked after by her and her team, he would cheerfully abandon all his efforts to legalise euthanasia.

'The risk of pressures - however subtle - on the frail and the vulnerable, who may feel their existences burdensome to others, cannot ever be entirely excluded. And the inevitable erosion of trust in the caring professions - if they were in a position to end life - would be to lose something very precious. For when I think of the kind of care Sarah and I saw in our local hospice, where we worked as volunteers, I know in my heart that there is such a thing as a good death.'

© Image copyright of Number 10 and licensed for reuse under Open Government Licence v1.0

Constanza Procter: Fri, 11 Jul 2014 19:12
As a 65 year old disabled person with a family,now working as a volunteer at a Leonard CheshireHome, I have learned to appreciate the value of ife of people who's lives were once considered less than human and 'better dead than alive' I have befriended a number ofsuch people in the past r 10 years after since I began to volunteer with Leonard Cheshire. It is astounding to see how with love and care they can begin to live new lives painting , solving complex cryptic crosswords as well as engage in arguments and productive conversation..
I am glad I was not left to die. In my life as an able bodied person, working for a pallative care hospice, I learned that being terminally ill doesn't mean your life must be finished to avoid suffering. 25 years after working there , some of those terminally ill patients have resmed normal lives.
Rosemary Elliott: Mon, 12 May 2014 15:50
Excellent, I entirely agree.
Teresa Bates: Mon, 31 Mar 2014 19:12
It would be good if the rest of the House were of the same opinion
Please enable javascript to post comments!
Our Position »
Live Issues »
Scotland »
FAQs »
Get Involved »
Donate »