In the latest example of assisted suicide advocates softening their language, the Society for Old Age Rational Suicide becomes 'My Death, My Decision' 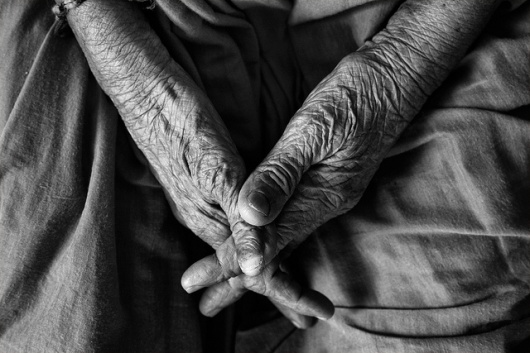 It is a decade since the 'Voluntary Euthanasia Society' dropped the name they had used for 70 years (and which, much like Ronseal, did exactly what it said on the tin) in favour of the wonderfully vague and ambiguous 'Dignity in Dying'.

Just a few years earlier, America's 'Hemlock Society' became first 'End of Life Choices' and then 'Compassion and Choices'. Advocates of physician assisted suicide understand that one of the best ways to make their cause acceptable is to rebrand, adopting names which mean everything and nothing. It is the same reason that 'assisted suicide' and 'euthanasia' are verboten.

It doesn't matter that these are technical descriptions of the matter at hand: we must say 'assisted dying'. Many palliative care physicians have commented that 'assisted dying' would more properly describe what they do - assist those who are dying, rather than assisting death itself - but assisted suicide advocates don't mind that, because once again, their campaign uses everything-and-nothing characterisation to disguise the real nature of what they are doing and make it harder for people to disagree.

The latest softening comes courtesy of Dr Michael Irwin and the Society for Old Age Rational Suicide (SOARS). There is much we can (and have, and will) say about Irwin and SOARS, but first we must credit them with hiding nothing. They believe it is reasonable, and should be permissible, for people who have reached old age and feel that their lives are complete, to be helped to kill themselves. (Incidentally, next time you hear groups like DiD say that opponents of 'assisted dying' consider the issues too broadly, bear in mind that they aren't the only show in town - SOARS campaigns in this country for a situation now being planned by ministers in the Netherlands.)

Irwin has never worried about speaking his mind. He was struck off the medical register by the General Medical Council in 2005 for trying to help a friend kill himself. He admitted obtaining sleeping pills to help his friend die and a GMC panel found him guilty of serious professional misconduct.

He estimates he has advised some 200 patients on how they might arrange a Swiss assisted suicide and says he personally accompanied five (in 2005, 2006, 2007, 2011, and last February); he caused a media storm when he acknowledged helping to arrange for a British octogenarian with dementia to make the one-way journey. He was previously head of the then Voluntary Euthanasia Society, and SOARS (now MDMC) maintains the wider objectives sought before the DiD rebranding.

It is actually quite disappointing, then, that SOARS should go the way of so many others, in adopting its new name, 'My Death, My Decision':

'We discovered that some potential members disliked the word "suicide" - even if "rational" was placed before it. Also, we felt it advisable to consider including all adults and not only those who are elderly - although I expect that a great majority of future members will be over 60.'

'To campaign for a change in the law in the UK to allow medical assistance to die to be given to mentally competent adults, with incurable health problems that result in their perceived quality of life falling permanently below the level they are able to accept, providing this is their own persistent request. (Most of the people who the proposed change in law will apply to will be relatively elderly, feeling that their life is complete.)'

When asked 'What about a person suffering from depression, constant migraines or a long-term condition like asthma?', Irwin said

'Legalised doctor-assisted dying should be limited for those suffering from physical medical conditions. Severe asthma is a serious medical condition. If a competent adult is suffering unbearably from this - for a very long period of time - then that individual might have to consider doctor-assisted suicide - it would have to be a joint decision between the patient and the doctor.'

'This group's objectives reveal a far wider expectation for assisted suicide than previously proposed, illustrating the drift to which such legislation is vulnerable.'

Unhelpfully, The Times dovetailed the story with a report that children's author Judith Kerr

'had written a statement saying that if she were to fall seriously ill she would not wish to be resuscitated. Kerr, 93, says she keeps "a little piece of pink paper signed by the doctor, saying 'Do not resuscitate'. Once you are over 75, I think, this is something that has to be done."'

It must be remembered that the refusal of a medical intervention which might sustain or prolong life is an issue entirely apart from the debate on intervening to actively end a life. The right to refuse, for example, resuscitation, is one supported by those who campaign against assisted suicide and euthanasia, and is just one example of why it is wrong to say that patients have no choice or control at the end of life.


Care Not Killing's Campaign Director, Dr Peter Saunders, was invited to write in opposition to MDMC by The Argus; read his response here.

Mark Pickering: Sun, 6 Nov 2016 22:13
Absolutely. We hear so much from DiD about how any change in the law would only be for mentally competent adults with less than six months to live. And we know full well that if the law were to change to accommodate that, others would immediately campaign to widen it further. MDMC's position is abundantly clear, and it's so helpful that they are proving exactly what we have been saying all along. An Oregon-style law change in the UK would only be the first step in a much wider process...
Please enable javascript to post comments!
Our Position »
Live Issues »
Scotland »
FAQs »
Get Involved »
Donate »