The Government has promised to pump £1.5 million into research exploring how to prevent suicides among those most at risk of taking their own lives. 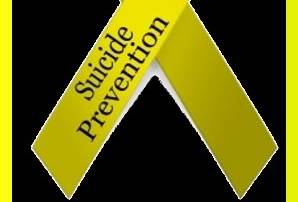 The Government has promised to pump £1.5 million into research exploring how to prevent suicides among those most at risk of taking their own lives.

The pledge comes as ministers unveiled a new suicide prevention strategy (more detail including full report here) launched to coincide with World Suicide Prevention Day that is aiming to cut the suicide rate and provide more support to bereaved families.

Around 4,200 people in England took their own lives in 2010 and suicide continues to be a public health issue - especially in the current period of economic uncertainty.

The new strategy, which is being backed by charity the Samaritans, is the first in more than ten years.

The new prevention strategy is most welcome and it is good to see a new focus on internet sites promoting suicide but there is nonetheless a significant omission. It fails to address effectively the phenomenon of media-induced suicide contagion.

The WHO international guidelines on suicide portrayal refer to over 50 published studies, systematic reviews of which have consistently drawn the same conclusion, that media reporting of suicide can lead to imitative suicidal behaviours. This phenomenon is variably termed suicide contagion, copycat suicide, suicide cluster or the Werther effect.

• Avoid language which sensationalizes or normalizes suicide, or presents it as a solution to problems

• Avoid prominent placement and undue repetition of stories about suicide

A recent paper by Austrian authors published in the British Medical Journal and a much longer one by the same group in the British Journal of Psychiatry published only late last year review media coverage of suicide.

The authors note in the first (BMJ) paper, 'Papageno vs Werther Effect', that some media coverage of suicide actually leads to a decrease rather than an increase in suicide rates.

'Newspaper items accounting for (a decrease) form a distinct non-sensationalist class of suicide reporting. They follow the recommendations of the World Health Organization in reporting suicide—for example, avoiding terms such as suicide epidemic. Our findings suggest that media reports on individual mastery of suicidal crises are highly relevant in preventing suicide.'

In other words, media stories about how people coped positively with suicidal feelings actually lead to a decrease in levels of suicide in the general population.

They name this protective effect 'the Papageno effect' in honour of the character in Mozart's opera the Magic Flute.

'When Papageno fears that he has lost his love, Papagena, he prepares to kill himself. But three boys save him at the last minute by reminding him of other alternatives to dying.'

It concludes that 'The impact of suicide reporting may not be restricted to harmful effects; rather, coverage of positive coping in adverse circumstances, as covered in media items about suicidal ideation, may have protective effects.'

Since 2008 the BBC has screened no less than five docudramas or documentaries portraying assisted suicide in a positive light and none giving the opposite perspective. The WHO recommendations have been repeatedly and consistently breached. The latest featured Terry Pratchett and Peter Smedley and showed the latter taking his life at the Dignitas Suicide facility in Zurich.

This fact is likely to be missed by those who just look at the media headlines but it raises the question as to why suicides in younger men are falling but in older men are rising.

In fact if we include the 234 men over 75 who committed suicide in 2010 we have now reached the point where more men 45 and over are taking their own lives than those 44 and under (1,609 vs 1,556). Is this just the effect of the recession or might there be other factors at play?

Two recent media stories featured people who pointed to the Terry Pratchett programme as contributing to a real suicide or leading to the contemplation of suicide as a solution.

Suicide contagion is a real recognised phenomenon and the media plays a crucial role in either fuelling or dampening it. Might media suicide contagion be playing a role in the increased suicides amongst older men in England?

It is likely that that some of the new £1.5 million being invested into suicide prevention will examine this question more carefully.