Please help us stop the internet promotion of suicide 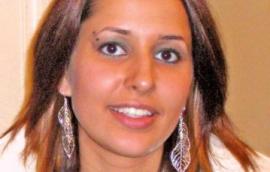 Nadia Kajouji, was an 18-year-old student at Carleton University in Ottawa when she tumbled into a deep depression and sought solace in a chat room where she was victimized by a predator who talked her into a supposed suicide pact.

Nadia followed through by throwing herself off a bridge into the Rideau River in March 2008. Her body was not found until five weeks later.

In 2009 Minnesota police identified William Melchert-Dinkel, a 46-year-old nurse, as the person who befriended Nadia by posing as a suicidal young woman. He allegedly tried to convince Nadia to hang herself in front of a webcam so he could watch.

Melchert-Dinkel has been linked to five other suicides including that of 32-year-old IT technician Mark Drybrough, who hanged himself at his home in Coventry in June 2005. He has also been linked by the Sunday Mercury to British mum-of-two Kat Lowe who escaped his advances when she twigged to what was going on.

Kat became suspicious when she discovered he had made suicide pacts with other chatroom users. She said: "This person really got inside my head. It got to the point where I went out to buy rope and alcohol and was really scared he might talk me into hanging myself. I knew I couldn't talk to him any more after that."

Melchert-Dinkel was eventually convicted in 2011 and given a sentence of 360 days in jail and fines and restitution payments equaling $47,450.

The Coroners and Justice Act, which became law in 2010, aims to prevent the internet promotion of suicide and CNK gave full support to these provisions. We called Sections 49-51 'Nadia's Law' because they aim to stop internet predators.

Thankfully, Lord Falconer, aided by Dignity in Dying, formerly the Voluntary Euthanasia Society, failed in 2009 in its attempt to hijack these vital clauses for another purpose altogether – to allow assisted suicide for terminally ill people.

In all the media hype about 'assisted suicide', young people like Nadia Kajouji who the bill seeks to protect were at risk of being forgotten. Please help us stop the internet promotion of suicide. Let's uphold and publicise Nadia's Law.

Did American male nurse 4,000 miles away help this man kill himself?

He got inside my head. I went out to buy rope and alcohol