The assisted suicide of Gill Pharaoh reminds us that actually, there are limits to choice 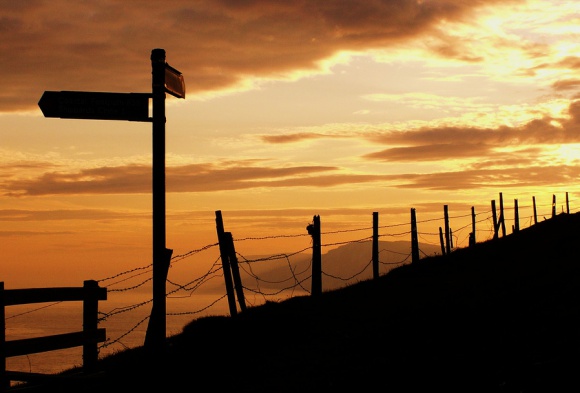 The Sunday Times last Sunday published a high profile story about Gill Pharaoh, a 75 year old retired nurse being helped to kill herself in Switzerland ('Why I'd rather die than get old'(£)).

It was subsequently rerun by national dailies (e.g. Daily Telegraph and Daily Mail) and ITV.

Not to be outdone, the BBC has now made it into an international media story.

Pharaoh requested help to kill herself in a Basel 'clinic' because she found the reality of old age 'awful', did not 'think old age is fun', did not want to end up as a 'hobbling old lady' and because she did not want to be a 'burden' to her children. 'The thought that I may need help from my children appals me', she wrote.

She added that expecting help from one's children is 'a most selfish and unreasonable view'.

And yet the former nurse had no major health problems and was on no medication. She had intermittent back pain following a bout of shingles and had tinnitus - about par for the course for a person of her age.

Our Campaign Director, Dr Peter Saunders, was invited to discuss the case on ITV London - an appearance he describes as 'one of the most surreal TV debates of my life'.

'The debate was barely three minutes long and sandwiched between an account of a bus having its top taken off and an interview with a couple who had been married for 25 years after meeting on (recently deceased) Cilla Black's 'Blind Date'.

'The show passed seamlessly from story to story with each being treated with an equal seriousness that only TV presenters could manage whilst keeping a straight face.

'I started by saying that most people had been shocked and appalled by the Pharaoh case and that it had led to outrage on social media. The key question was why a woman encountering the usual maladies of growing old might resort to such desperate measures.

'Sitting opposite me on the programme was Michael Irwin, retired GP and Director of the Society for Old Age Rational Suicide (SOARS).

'Irwin is a seasoned euthanasia campaigner and was in fact struck off by the General Medical Council (GMC) in 2005 for attempting to help an Isle of Man politician take his own life.

'He was subsequently thrown out of the Voluntary Euthanasia Society (now renamed Dignity in Dying) for his propensity to break the law as a means to having it changed.

'Irwin has helped over 20 people with advice about how to kill themselves in Switzerland and has actually accompanied four to their deaths but has somehow managed to evade prosecution for 'encouraging or assisting suicide', a crime punishable by up to 14 years in prison under the Suicide Act 1961.

'I asked Irwin before the debate why he felt his life - at 84 he is nine years older than Pharaoh and hobbles with a walking stick - was worth living whilst Pharaoh's was not. He said it was all about 'choice'. She had had enough but he had not.

'What was it that gave his life meaning and purpose and made him think that life was worth living? Apparently being able to have debates on media on the issue with people like me! His commitment to the cause gave him a reason to live.

'And here we come to the nub of the debate. This is not really about pain, or terminal illness or disability or even old age because these are not the real things motivating those who make one way trips over the English Channel.

'It's really about meaning, purpose and hope. This is borne out by the published facts from jurisdictions where assisted suicide is legal.'

In the US state of Oregon those making use of the Death with Dignity Act give 'loss of autonomy' (91%), 'loss of enjoyment of life' (86%) and 'loss of dignity' (71%) as the top three reasons for ending their lives. In Washington 59% cite 'fear of being a burden on others'.

These are not medical reasons - they are existential or, perhaps more accurately, spiritual reasons.

And feeling this way is not strongly correlated with health status either. There are many sick, elderly and disabled people (the overwhelming majority) who desperately want to live - to grow old with their loved ones, to enjoy what else that life has to offer.

Similarly there are able-bodied people who desperately want their lives to end - either because they have lost hope or, as in Pharaoh's case, because of what they fear might happen to them in the future.

Which should surely prompt the response of us doing all we can, both to restore hope and to allay fear, by caring for the physical, social and spiritual needs of the whole person. Not to pass over a barbiturate-spiked drink or provide accompaniment for a grisly last journey.

Pharaoh's (and Irwin's) main argument is autonomy - choice. But choice is a two edged sword.

If choice really trumps all then why deny assisted suicide to anyone who wants it - including the 'troubled teen' and the 'bereaved elderly' as Philip Nitschke has put it? Why not set up euthanasia booths on every street corner and offer partakers 'a martini and a medal' before offering them the lethal draught, as novelist Martin Amis has seriously suggested?

That is surely what consistency about choice should lead us to accept.

But the truth is that choice, although resonating with the zeitgeist of our postmodern secular humanist society, is a vacuous argument.

Each one of us actually believes that there are limits to choice. That is precisely why in a free democratic society we have laws. We'd even suggest it is in fact those laws which actually make us free. We are not free to speed on the motorway or to throw a brick through our neighbour's window, or to run off with his wife - out of respect for our neighbour's freedom and dignity.

Choice has limits and that is actually what this debate should be about - where those limits lie and why.

Every law on the statute books stops some person doing what they desperately want to do. But laws are necessary simply because the exercise of one person's freedom may endanger or undermine the reasonable freedoms of another. The fact that we desperately want something is not sufficient reason to change the law so that we may have our wish granted.

And it has been consistently the judgement of parliaments, doctors' groups and disability rights activists in this country that any law allowing assisted suicide would place a burden on vulnerable sick, elderly and disabled people to end their lives for fear of being a burden on others. It would undermine their freedom precisely because their choice would not thereby be free - it would rather be a coercive offer.

Being a burden is part and parcel of being human. All of us at some time of our lives - not least at both ends - will be a burden. But 'mutual burdensomeness' is what true family and community is all about.

Because a truly free and humane society is one in which the strong willingly make sacrifices for the weak, rather than sacrifice the weak to preserve their own freedoms.

Promoting the idea, as Pharaoh has (with the assistance of the British media), that it is 'selfish and unreasonable' to expect one's loved ones (and the wider community) to offer care and support in times of need, is very dangerous indeed.

It will have the effect of intensifying the guilt that drives vulnerable people to contemplate suicide as a solution to ordinary human problems.

We should have no truck with this. There is a far better way of responding to those paralysed in their choices by fear, dependence and lack of hope.