Joffe Bill - one year on

It's over a year since the Assisted Dying for the Terminally Ill Bill was resoundingly defeated... 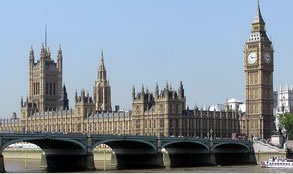 It's over a year since the Assisted Dying for the Terminally Ill Bill was resoundingly defeated by 148-100 votes in the House of Lords. The Care Not Killing Alliance played a major role throughout by mobilising ordinary British people to write letters and sign a petition against the Bill, and by putting forward expert spokespeople from disabled people's groups, palliative care groups and faith groups to speak on the media.

In the weeks leading up to the debate on 12th May 2006, peers received thousands of letters and, on the actual day of the debate, Care Not Killing representatives presented 102,363 signatures to 10 Downing Street. The group Not Dead Yet UK, dedicated to helping disabled people resist the Joffe Bill, was launched. The day culminated with a rally where hundreds gathered outside the House of Lords in Parliament Square whilst peers debated the Bill. Later in the afternoon, many supporters were present in the Lords' public gallery to witness the Bill's defeat.

One year on, we continue to be grateful for what has been achieved. However, we are not complacent. Those who would like to see euthanasia and assisted suicide legalised are mobilising once again and we fully expect another 'Joffe Bill' later this year. Last Tuesday's Independent front page feature, pegged around the fact that Diane Pretty died five years ago today, is deeply concerning. Care Not Killing's campaign director, Peter Saunders, has replied:

Sir: The case of Diane Pretty (8 May), who died naturally after seeking assisted suicide for motor neurone disease five years ago this week, is sad but very unusual. About 1,000 people with this condition die every year in the UK, and the vast majority do not ask to have their lives intentionally ended. In fact requests for assisted suicide are extremely rare when patients' physical, psychological and spiritual needs are properly met. This should prompt us to call for the excellent standard of palliative care available to some in this country to be made more readily accessible to all. To this end Baroness Finlay's Palliative Care Bill, currently before the House of Lords deserves our full support.

Lord Joffe's Assisted Dying for the Terminally Ill Bill, which attempted to legalise assisted suicide, suffered a resounding 148-100 defeat in the House of Lords last year because peers realized that a change in the law to allow assisted dying would have placed subtle pressure, whether real or imagined, on vulnerable people – the sick, disabled, elderly or depressed – to request early death. To change the law for a few who persist in their request for euthanasia, despite receiving the best palliative care, would put a much larger number of others at risk.

We would encourage our supporters to do likewise.