Reaction to the first public comments of a Dutch doctor cleared of murder after sedating, restraining and administering euthanasia to a patient with dementia. 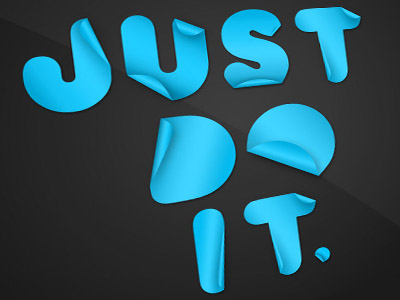 It's three years since we relayed the news that

'For the first time since the legalisation of euthanasia in 2002, a doctor may be prosecuted for not following the letter of the law, according to a report in the BMJ.'

On 22 April 2016, 'a 74-year-old woman with advanced Alzheimer's who had been admitted to the care home seven weeks before' was administered a lethal injection.

'The woman had two advance directives making it clear that she never wanted to be put in a care home with dementia, and wanted euthanasia when she felt "the time was ripe." But although the woman repeatedly said she wanted to die, when asked directly, she would then say "not yet". A second specialist agreed she was "suffering unbearably" in the home and in the end, [Dr Marinou] Arends put a sleeping drug in her cup of coffee; when the woman later appeared to sit up and draw back from the lethal infusion, her son-in-law pushed her down in her bed again. This so-called "coffee case" caused outrage in the Netherlands and abroad when it became public.'

The case rumbled through the courts, with Reuters reporting in September 2019 that:

'Prosecutors brought the criminal case, arguing that the doctor should also have checked with the patient herself, even though she was no longer mentally competent, saying the law was unclear on that point.

'But judges ruled the doctor was right to rely solely on the living will to carry out the mercy killing.

'"The court concludes that the doctor did not need to verify the current desire for euthanasia (of the patient)," presiding judge Mariette Renckens said.'

Think about that: the Netherlands has reached the stage where clinicians do not need to verify a patient's ongoing desire for euthanasia.

Now, Arends has spoken for the first time in celebration of this legal loosening. The Telegraph reports:

'"It is good to get the confirmation: 'do it, just do it'," Arends said in the interview. "She said twenty times a day that she wanted to die, but if you asked her: 'What would you think if I helped you to die?' she would look at me, bewildered and say: 'That's going a bit far.'"

'Arends confirmed that the woman, who had made two advance directives saying she did not want to go into a nursing home with dementia and wanted euthanasia when 'she felt the time was ripe', was asked three times if she wanted it. She answered each time that she did not, but Arends judged her mentally incompetent, relying instead on the directives and agreement of her husband who had power of attorney - a decision that the Dutch courts eventually ruled was legal.'

'With regulators and euthanasia campaigners closely intermingled, this case shines a spotlight on the weakness of safeguards and review procedures, as well as, frighteningly, on the whole culture around attitudes to end-of-life care in the Netherlands.'

Despite the controversy the case sparked both in the Netherlands and abroad, it has also served to showcase the way many in positions of public influence excuse appalling failures and abuses so as to keep clear the path for legalisation. An Irish Times journalist, Peter Cluskey, called

'The story of Dr Marinou Arends… a shocking example of groupthink… [concerning] a doctor pursued by the legal system for the past four years for doing no more than making the hard judgments expected of her… Euthanasia is not something inflicted on a patient; it is a choice. So a mild sedative to steady the nerve, while it may be unorthodox, is not unusual. A patient responding reflexively to the procedure by trying to sit up, or even speaking briefly, is not unusual either.'

Like far too many of those who comment on this debate, Cluskey couldn't recognise the appalling irony in concluding that

'As Covid-19 teaches us every day, patients' lives matter - and patients' deaths matter every bit as much. Human value, as history teaches us, is unfortunately in the eye of the beholder.'

The 'beholders' - a doctor empowered by the state to kill and a journalist with a pulpit - dismissed the pleas and struggles of a patient, and deemed her without further value.

An Irish Times reader questioned such inconsistencies in a letter:

'When the patient in question was asked by the doctor "Would you like me to help you to die", and the woman said "Not yet" or "That's going a bit far!", was it merely a coincidence that her words seemed to indicate "No"?'

'The doctor claims that she could tell from the look in the patient's eyes that "the connection was gone". What specific training would Dr Arends recommend for learning how to understand what a person wants from the look in a person's eyes? As an aside, is it possible for people in the Netherlands to sign a document that asks their doctors to listen to what they are saying and to ignore whatever "look in their eye" the doctor thinks he or she sees?'

'Peter Cluskey writes that, "after the lethal drug had been given, the patient appeared to try to sit up, and had to be gently held back by her son-in-law". When a frail person tries to sit up and is forced to lie down again, does your journalist think that the fact that the force required is "gentle" would be of significant consolation to the person forced to lie down?'

The Netherlands' laws on euthanasia and advance directives not only allow medics to enforce euthanasia, but also mean patients too often come into conflict with, and are at the mercy of, their own past wishes and emotions. That the courts there give this a pass should concern us; that journalists dismiss concerns about such actions should dismay us; that assisted suicide campaigners here expend so much energy promoting advance directives demands greater scrutiny of what assisted suicide and euthanasia would look like in reality.