Debate will invite Government to consult whether to put DPP guidance on a statutory basis. 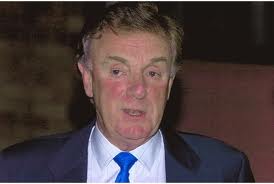 On Tuesday 27 March 2012, MPs in the House of Commons will debate a motion by Richard Ottaway (pictured) which 'invites the Government to consult as to whether to put (the DPP’s guidance on prosecutions for assisted suicide) on a statutory basis’.  The aim is to secure immunity from prosecution for some cases of assisted suicide ahead of the event.  However the government has already made it very clear in a House of Lords debate in February this year that it is the job of the Director of Public Prosecutions (DPP) to set prosecution policy and that it intends to let the DPP get on with his job without interfering. It is not for parliament to decide on a case by case basis who should be prosecuted or to usurp his role. Assisting or encouraging a suicide remains illegal - and only parliament can change that - but it is the DPP’s job to decide in any given case whether there is enough evidence to bring a prosecution and whether to do so would be in the public interest.  The very small number of cases that crosses his desk, less than 20 per year on average, is evidence that the law is having a strong deterrent effect and working as it is intended to. A law allowing assisted suicide, such as that in the state of Oregon, would increase this number 50-fold to over 1,000 deaths per year. If the pro-euthanasia lobby wants a change in the law they will have to argue for a change in the law itself and not try to interfere with the DPP's prosecution policy which is his responsibility, and not parliament's, to set and administer. But they face a very difficult battle. Assisted suicide, contrary to the claims of the pro-euthanasia lobby, has been repeatedly debated in British Parliaments in recent years, with two debates in the House of Commons alone since 2010 (brought by Patricia Hewitt in 2010 and David Burrowes in January this year).  The last bill in the House of Commons attempting to legalise assisted suicide, brought by Joe Ashton in 1997, was defeated by 234 votes to 89 and four attempts to change the law via the House of Lords since 2003 – three by Lord Joffe – have also all failed. The last bill in the Scottish parliament was also defeated resoundingly by 85 votes to 16 in 2010. Richard Ottaway is a member of the All Party Parliamentary Group on Choice at the End of Life, which acts as the parliamentary wing of Dignity in Dying, formerly the Voluntary Euthanasia Society. This latest move to change the law on this this issue needs to be seen for what it is – yet another attempt by a small heavily funded lobby to foist its views on parliament, when they have already been consistently rejected on grounds of the threat such a law change would pose for public safety. The Suicide Act 1961 currently protects vulnerable people from exploitation and abuse by those who might an interest, financial or otherwise, in their deaths. Any further removal of legal protection by creating more exceptions for bringing prosecutions would encourage unscrupulous people to take liberties and would place more vulnerable people – those who are elderly, disabled, sick or depressed – under pressure to end their lives so as not impose a burden on family, carers or society. These pressures can be particularly acute at a time of economic recession. The current law is clear and right and does not need fixing or further weakening. On the one hand the penalties it holds in reserve act as a powerful deterrent to exploitation and abuse. On the other hand it gives the DPP and judges some discretion to temper justice with mercy in hard cases. It should not be meddled with. Cases of assisted suicide (and euthanasia) are extremely rare and hard cases make bad law. The overwhelming majority of people with severe disability or terminal illness do not wish to die but rather want support to live. Our priority must therefore be the provision of excellent support and palliative care.

anna ruggiero (moderator): Tue, 3 Apr 2012 14:41
A really well written piece. Politics can sometimes be confusing for many yet this article is clearly and cleverly written
Please enable javascript to post comments!
Our Position »
Live Issues »
Scotland »
FAQs »
Get Involved »
Donate »