'Dr Death' comes to the UK

Should the Home Secretary have let this man in? 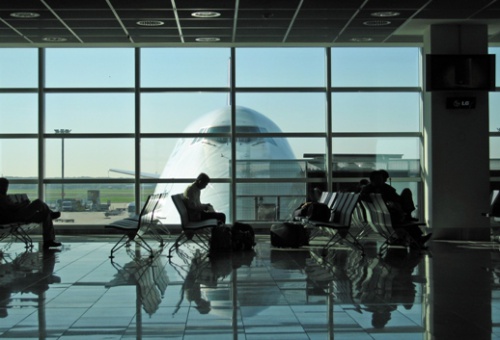 Last week, CNK Campaign Director Dr Peter Saunders wrote to the Home Secretary Theresa May advising her (and, in separate letters, Metropolitan Police Commissioner Sir Bernard Hogan-Howe and local MP Frank Dobson) about the visit of Australian assisted suicide enthusiast Philip Nitschke and urging her to prevent him from entering Britain to conduct a seminar on methods people can use to kill themselves.

Nitschke was detained at Gatwick airport on Sunday, but eventually let into the country several hours later after having some 'items' temporarily confiscated by border officials.

Nitschke (aka Dr Death) is an extremist and self-publicist whose presence in the UK puts the lives of vulnerable elderly, depressed and disabled people at grave risk. His workshop in London on Tuesday under the auspices of 'EXIT International' now looks likely to go ahead and will advise on the sourcing, supply and use of barbiturates, helium, nitrogen and other means to commit suicide.

In 2001, Nitschke said that his so-called 'peaceful pill' should be 'available in the supermarket so that those old enough to understand death could obtain death peacefully at the time of their choosing'.

Asked who would qualify for access he replied that 'all people qualify, not just those with the training, knowledge or resources to find out how to "give away" their life and someone needs to provide this knowledge training or resource necessary to anyone who wants it, including the depressed, the elderly bereaved, [and] the troubled teen'.

"There will be casualties..."

A 2010 report demonstrated that coroners were aware of 51 Australians who had died from an overdose of Nembutal, a lethal barbiturate that Nitschke has promoted since the late 1990's as 'a peaceful way to die'.

Of the 38 cases fully investigated by coroners, only 11 people were known to have suffered chronic physical pain or a terminal illness before their deaths. Of the 51, 14 were Australians in their 20's and 30's.

Journalist Michael Cook put it to Nitschke in 2011 that 'nearly two-thirds of the Australians who died after quaffing Nembutal... were under 60, and quite a few were in their 20s and 30s... [suggesting that] that mental illness or depression, not unbearable pain, was the reason for the suicide.'

Nitschke responded, 'There will be some casualties... but this has to be balanced with the growing pool of older people who feel immense well-being from having access to this information, [about suicide drugs].'

In the past, Nitschke's workshops have focused on the use of drugs and gas to commit suicide, with around half the time being used to explain how Nembutal, a veterinary sedative, can be used to end life.

He has explained to attendees the best way to administer drugs and gas in order to bring about death, and has advertised test kits for Nembutal. Currently he is the subject of an inquiry by the Australian Health Practitioners Agency (AHPA) in connection with a company called 'Max Dog Brewing' which he has set up in order to sell nitrogen cylinders to the public. Its website claims that they can be used for home brewing (nitrogen produces the bubbles in stout) but Nitschke has admitted on Australian national media that they can equally be used to commit suicide.

"a real and present risk"

We believe that what Nitschke has done at previous workshops falls within the scope of these offences, because the information shared was capable of encouraging or assisting an attendee to commit suicide and the workshop was intended to encourage or assist people to commit suicide by offering them advice about the 'best way' of doing it.

Nitschke's activities present a real and present risk to vulnerable members of the British public.

With the growing elderly population, failure of the care system and worsening economic situation a growing number of frail, disabled, ill and depressed people in Britain will be feeling under even greater pressure to end their lives, either for fear that they will not cope, or so as to be less of a burden to relatives.

They deserve better protection from suicide predators like Nitschke than they are currently getting.

Let's hope that no vulnerable person is 'helped' over the edge by attending his seminar or as a result of the inevitable media hype that will accompany his visit.