Canadian student Taylor Hyatt lives with spastic diplegic cerebral palsy, and was one of many disabled people to express grave concerns over the 6 February Supreme Court of Canada ruling concerning assisted suicide 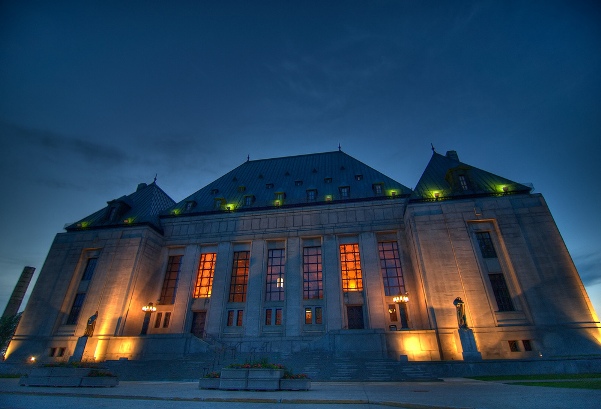 The Ottawa Citizen reports (with video) that:

On Friday, a shaken Hyatt called the Supreme Court of Canada's ruling allowing doctor-assisted death both disappointing and worrisome, especially for its inclusion of "disability" among "grievous and irremediable" medical conditions that might be included in physician-assisted suicides. The court did not limit physician-assisted suicide to people whose condition is terminal, but instead referred to "a competent adult person who clearly consents to the termination of life and has a grievous and irremediable medical condition, including an illness, disease or disability, that causes enduring suffering that is intolerable to the individual."

Rather than focusing on dying with dignity, she says society should "make sure that equal opportunities to thrive and live with dignity are the first option presented."

Hyatt worries that legalizing doctor-assisted suicide will eventually result in pressure on those living with various disabilities. "People would be more susceptible to the idea that they should not live."

"If you have an able-bodied person who is facing depression or an otherwise difficult time in their lives, there are all kinds of resources out there and people who are willing to help you, whereas if you are someone with a disability or health condition, people only see the tragedy. It is like you are standing at the end of a cliff and instead of reaching out your hand, they are pushing you down."

Perhaps particularly interesting is her reaction to those with disabilities who do support a change in the law. 'Young people with disabilities have fewer role models to show them that they can dream, they can aspire to many of the same things as people without disabilities,' she says, and Manitoba MP Steven Fletcher was long an inspiration to Taylor.

But when student and role model met briefly last October at the Supreme Court of Canada, where arguments were being heard in advance of Friday's landmark ruling on assisted suicide, they found themselves on either side of a sharp ideological divide. Fletcher, a quadriplegic, is among the highest-profile Canadian supporters of physician-assisted death... Hyatt said she is amazed by what Fletcher has accomplished, "but I still find what he is advocating shocking."

As in medicine, there exists a vocal minority of disabled people who favour legalised assisted suicide and/or euthanasia, but the evidence suggests that the overwhelming majority of those closest to the reality of such proposals reject them. Such evidence includes 2014 UK polling by Scope which found that 72% of young disabled people - just like 22 year old Taylor - are concerned about moves to legalise assisted suicide. Such concerns were represented in the Council of Canadians with Disabilities and the Canadian Association for Community Living's joint press release:

1. The judgment creates the potential for the most permissive and least restrictive criteria for assisted suicide in the world, putting persons with disabilities at serious risk.

2. CCD and CACL are disappointed that the views of people with disabilities in Canada, as shared by the leading disability advocacy groups around the world, were disregarded by the Court.

3. The Court did not impose a requirement of terminal illness, as is required in the states of Washington and Oregon.

4. The judgment permits assisted suicide on the basis of psychological suffering. This places people with serious mental and emotional disabilities at risk, as well as people who have not yet come to grips with their disability.

5. The judgment allows people to decline palliative and other care that would alleviate their suffering, and imposes an obligation on the state to provide Assisted Suicide, but not palliative care.

6. The Court has focused on striking the law using two potentially expansive criteria -in doing so, it paid no attention to ensuring Assisted Suicide is limited to a small number.

7. The judgment makes the existence of a "grievous and irremediable medical condition" , rather than a terminal illness, one of the two primary criteria - this potentially means that all persons with a serious disability in Canada can access Assisted Suicide. This degree of permissiveness does not exist anywhere else in the world.

8. The second criteria, "intolerable suffering," is completely subjective and will make it difficult to review decisions of doctors like Dr. Kevorkian who felt the existence of a disability was intolerable.

9. Numbers are revealing - in Belgium, the number of Assisted Suicide deaths has increased an average of 47.77% annually since 2003, and in the Netherlands it has increased 64.13% since 1995, with no end in sight to this increase.

10. Parliament can and should act to place crucial safeguards on the Court's judgment to limit access to assisted suicide.

11. CCD and CACL call on Parliament to show national leadership on the issues of palliative and long-term care to reduce the number of people who will choose assisted suicide out of desperation because they do not have access to support systems to ease their end of life.

© Image copyright of Alex Nobert and licensed for reuse under Creative Commons License 2.0