Health professionals and organisations misusing LCP should be reported to regulators, says CQC 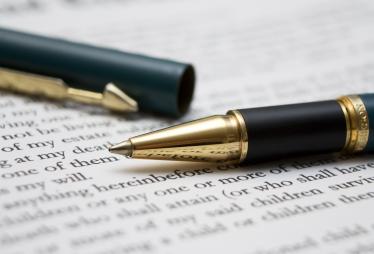 The Liverpool Care Pathway was developed at the Royal Liverpool University Hospital and the city's Marie Curie hospice to relieve suffering in dying patients, setting out principles for their treatment in their final days and hours.

But it has been dogged by controversy with claims that patients who were not imminently dying have been placed on it and that patients' families were not fully consulted and informed.

Health Minister Norman Lamb is currently heading up an investigation into its use but in the meantime there are moves to counter its inappropriate use.

The Care Quality Commission (CQC) has this week agreed a statement with other health and care regulators about each organisation's role and responsibilities in relation to the Liverpool Care Pathway (LCP).

The CQC regulates all health and adult social care services in England, including those provided by the NHS, local authorities, private companies or voluntary organisations.

The statement has received surprisingly little coverage in the media, with only the Daily Telegraph noting it.

It says that 'it is the duty of those professionals involved in the care of the dying to work together as a team to determine, in association with the person and those close to them, when it is appropriate to implement the LCP. The relevant regulators need to be informed if any person believes the implementation of the LCP to be inappropriate.'

The statement also makes it clear that clinical and other staff working in regulated services have a responsibility to bring it 'to the attention of the relevant professional regulator' should they 'witness malpractice or unprofessional conduct in their work place'.

The Liverpool Care Pathway is a useful clinical tool that has helped many thousands of people experience better care in the last hours or days of life but like any tool must be used with the proper indications and by properly trained staff.

There have been disturbing case reports in the media about it being used inappropriately with patients who are not imminently dying and it is right that these cases are properly investigated by the appropriate authorities.

This clarification by the CQC about the proper procedures to be followed by clinical and other staff if they witness malpractice or unprofessional conduct in their work place is most welcome.

The people behind the pathway have recently spoken out in its defence, while in a recently published review article, Jeff Stephenson of the Christian Medical Fellowship concludes that:

'The LCP represents a pragmatic and effective response to some of the suffering experienced by many in the last days of life. It remains, however, a tool and it is only as good as those who use it. There is always potential for misuse and abuse and there are undoubtedly instances where this occurs. Where these arise by intention then those involved should be held to account, but more often they occur through poor understanding and inadequate training. Successful roll out of the LCP needs much education, both initial and ongoing, and this may sometimes be underestimated or under-resourced. We owe it to patients to not only furnish the means to better care, but also to equip adequately those who provide it.'