Three assisted suicide amendments have so far been tabled 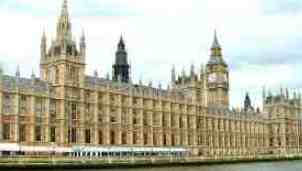 The Coroners and Justice Bill is a complex piece of legislation which, amongst other things, is attempting to tighten up the Suicide Act 1961 to prevent the internet promotion of suicide. The government have been rightly concerned about the increasing level of 'copycat' suicides amongst young people (as illustrated in the recent Bridgend cluster) which are linked to websites glorifying or promoting suicide.

We have recently seen a very high profile campaign built around 'hard cases' usually of people taking relatives to the Dignitas suicide facility in Switzerland in an attempt to try to raise public and parliamentary support for a change in the law.

Whilst the Bill was in the House of Commons earlier this year two MPs, David Winnick and Patricia Hewitt, brought separate amendments to attempt to decriminalise assisted suicide in certain circumstances. Both of these failed when the amendments were not debated.

Now the Bill is in the House of Lords and we have seen three new assisted suicide amendments being brought by Lord Falconer (Amendment 173), Lord Alderdice (174) and Lord Joffe (177). These amendments, which will probably be debated on 23 June, are varied in their provisions but all three go well beyond the much quoted 'Oregon' law which allows assisted suicide only for mentally competent adults in the last six months of life.

This clearly demonstrates that, despite the protestation of the pro-euthanasia lobby in claiming that they seek only a modest change in the law, their intentions are far more wide ranging.

Lord Joffe's amendment is particularly interesting in this regard.

Lord Joffe brought three Bills to the House of Lords between 2003 and 2005 attempting to legalise euthanasia and assisted suicide. The first of these ran out of parliamentary time. The second led to a Select Committee enquiry, a report and debate, and the third (The Joffe Bill) was defeated at Second Reading by a margin of 148 to 100.

The Joffe Bill was rejected because Peers felt that a law allowing assisted suicide could not be sufficiently safe-guarded so as to protect vulnerable people such as the elderly, disabled or chronically ill. Such people so often feel under pressure to end their lives so as not to place a financial or care burden upon others.

Lord Joffe's latest amendment has far fewer safeguards than his Bill. In it he proposes reducing the charge for 'mercy killing' from murder to manslaughter and thus significantly reducing the penalty.

In full the amendment reads:

“It shall be manslaughter, and shall not be murder, for a person ("D") moved by compassion in response to repeated requests by a terminally ill, mentally competent adult ("V") who is suffering unbearably, to assist "V" to end his life."

The main problem with achieving convictions for mercy killing is that the only person who might have been able to provide the evidence on which a prosecution could be made is already dead.

What is to stop a doctor (or a relative or other person with an interest in a person's death) from claiming (falsely) that they were 'moved by compassion', that there were 'repeated requests' for assisted suicide, and that the person was 'mentally competent', 'terminally ill', 'suffering unbearably' or that this was in fact assisted suicide rather than euthanasia?

Lord Joffe's amendment is devoid even of the 'minimal safeguards' that were present in his initial Bill and demonstrates his clear intention, as he admitted under careful cross-examination at the time, to go much further than the public have so far been led to believe in changing the law.

This amendment, if passed would remove a powerful deterrent to mercy killing, would encourage people with malicious motives to push the boundaries of law and would make a future Harold Shipman much more difficult to detect and convict.

If pro-euthanasia parliamentarians wish to legalise euthanasia or assisted suicide they should bring a Private Members Bill to this effect rather than trying to smuggle through shoddy and ill conceived amendments like this on the back of bills with other purposes altogether.