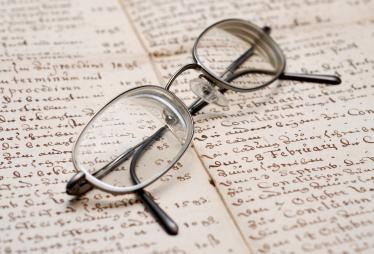 Yesterday, Lord Falconer falsely claimed in the Times that the British Medical Association had adopted a neutral position on 'assisted dying' (a euphemism for assisted suicide and euthanasia).

In fact the BMA, like the RCGP, RCP and Association for Palliative Medicine, are all opposed to any change in the law.

The story of the former Lord Chancellor's 'fiction' has since been picked up by George Pitcher on the Daily Mail blogs.

And now the BMA itself has written to the Times to correct the 'error'.

Sir, Your article ('Allowing Tony to die would be euthanasia' (£), July 4) http://www.thetimes.co.uk/tto/news/politics/article3465014.ece is incorrect when it says that the BMA has adopted a neutral position on assisted dying. A motion to change the BMA's policy was debated last week at our annual conference but was overwhelmingly rejected. The BMA remains firmly opposed to assisted dying and we are not lobbying for any change in the law.

The letter is accompanied on the same page by a very interesting comment (£) from Terry Pratchett, Patron of Dignity in Dying (the former Voluntary Euthanasia Society), who fundedFalconer's now defunct Commission on Assisted Dying.

He is arguing, unlike DID (which must cause some embarrassment), that euthanasia should be available to severely disabled people and not just 'mentally competent, terminally ill adults' (aka the DID mantra).

Dr Peter Saunders, campaign director of Care Not Killing, has also written to the Times in response to Falconer's false claims.

Letter to the Times about Lord Falconer's new bill

Former Lord Chancellor, Charles Falconer, in seeking to promote his new assisted suicide bill (The Times, 4 July), makes the false claim that 'the position of the British Medical Association (is) now neutral rather than opposed'.

The BMA is in fact opposed to the legalisation of both euthanasia and assisted suicide and affirmed this position at their annual representative meeting on 27 June when they rejected by a large majority a motion to go neutral brought by doctors affiliated to Dignity in Dying, the former Voluntary Euthanasia Society. It is astounding that Falconer seems not to know this.

The Royal College of Physicians, the Royal College of General Practitioners, the Association for Palliative Medicine and the British Geriatric Society are also opposed as are around 65% of doctors generally and over 90% of palliative medicine specialists.

All major disability rights groups in Britain also oppose any change in the law believing it will lead to increased prejudice towards them and increased pressure on them to end their lives.

Furthermore the so-called 'robust safeguards' in Falconer's new bill are essentially those that British Parliaments have rejected three times since 2006 out of concern for public safety in the House of Lords (2006 and 2009) and in Scotland (2010).

The present law with its blanket prohibition on both assisted suicide and euthanasia illegal is clear and right and does not need changing. The penalties it holds in reserve act as a strong deterrent to exploitation and abuse whilst giving discretion to prosecutors and judges in hard cases.