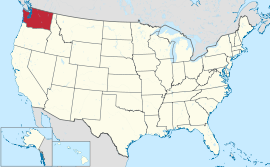 The number of Washington state residents who died of physician-assisted suicide rose to 70 in 2011, up from 51 in 2010 and 36 in 2009, when the state’s Death With Dignity Act took effect.

The Washington State Dept. of Health reported in May that 103 patients requested and received lethal doses of medications from 80 different physicians in 2011.

In addition to the 70 who died after ingesting lethal drugs, 19 died of natural causes. An additional five died, but it is unclear whether they took the drugs. No reports were received for the remaining nine patients, indicating that they were still alive at year’s end.

The vast majority of the terminally ill patients who received life-ending drugs feared loss of autonomy, dignity and ability to participate in activities that make life enjoyable.

More than 90% were white, and 75% had at least some college education. Nearly 80% of the patients had cancer, said the report.

Seventy-one patients in neighbouring Oregon died of physician-assisted suicide in 2011. Since 1998, when Oregon’s first-of-its-kind law took effect, 753 patients in Oregon and Washington have died with physicians’ aid.

Just last month news broke about the huge increase in deaths from assisted suicide in Oregon and Switzerland of 450% and 700% respectively over ten years as further evidence of the incremental extension that inevitably follows any change in the law. Washington is now showing the same pattern with almost a 100% increase in two years.

Assisted suicide thankfully remains illegal in Britain and we see only a small trickle of 15-20 Britons per year going to the Dignitas facility in Zurich to end their lives.

But with an Oregon- type law we would see 1,200 deaths annually.

It is no wonder that over 100 attempts to legalise assisted suicide in other US states have failed over the last 15 years and that Oregon and Washington remain the only states to have legalised the practice on the basis of a referendum.
Earlier this month Georgia became the latest US state to ban it.