Pro-euthanasia activists gear up for fresh assault on Parliament

Pro-euthanasia activists gear up for a new assault on the media, the courts, the medical profession and parliament. 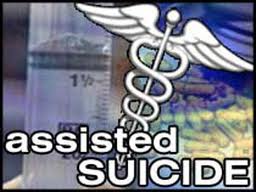 The next six weeks are shaping up to be very busy on the euthanasia front as pro-euthanasia activists gear up for a new assault on the media, the courts, the medical profession and parliament.

On 19-22 June three Judges in the High Court will hear the joined cases of two men with conditions resembling locked-in syndrome who are seeking to change the law.

Tony Nicklinson is arguing that the principal of necessity should allow a doctor to end his life without fear of prosecution for murder, and/or that the current laws interfere with his Article 8 right to his private life.

‘AM’ (‘Martin’) is also arguing under Article 8 and wants the Director of Public Prosecutions (DPP), the Solicitor’s Regulatory Authority and the General Medical Council to make clear in advance the extent to which solicitors and doctors could assist his suicide.

If these cases were to be successful the legal safeguards currently in place to protect vulnerable people from exploitation and abuse by those with a personal interest in their deaths would be significantly eroded.

According to research, the vast majority of people with locked-in syndrome are 'happy' and adapt to living with their condition, but you can be sure that this will not be a message you will hear from the media when these two cases are in the spotlight in a few weeks time.

The Annual Representative Meeting of the British Medical Association takes place in Bournemouth on 24-28 June. Usually at these meetings we see an attempt by doctors linked to Dignity in Dying (DID), the former Voluntary Euthanasia Society, to move the BMA to a neutral position on legalising assisted suicide and/or euthanasia. This year will probably be no exception.

The following week on 4 July DID is planning a mass lobby of Parliament to drive their views home to our legislators. This will coincide with a day conference where celebrities will address supporters. Their glossy propaganda inserts are spilling out of commercial publications; they are spending hundreds of thousands; and clearly believe this is their year.

In the winter edition of their supporters’ newsletter, they told their supporters that they were drafting a new ‘Assisted Dying Bill’ following which they would begin a ‘consultation period’ timed to fit with their mass lobby.

We haven’t seen the draft bill yet but when it comes it will almost certainly follow the same lines as those suggested by the ‘Falconer Commission’ (ie. assisted suicide for mentally competent adults with less than twelve months to live).

The controversial Commission, which reported in January this year, was conceived of by DID and paid for through one of their patrons, celebrity novelist Terry Pratchett. Given that 9 of the 11 supporters were already committed to legalising assisted suicide it was no surprise when it delivered its conclusions.

Over the last year DID have been fundraising for a new assault on parliament and had income of nearly £1 million in 2011. They have also been recruiting new patrons to back their cause and now have 47 sportsmen, actors, entertainers and other celebrities on tap to endorse their brand.

DID have failed twice before to legalise assisted suicide; with the Joffe Bill in 2006 and the Falconer amendment in 2009.

They also suffered a drubbing in two parliamentary debates earlier this year but on past record this will not deter them in continuing to feed the media with new high profile cases and celebrity endorsements to advance their case. So don’t be surprised when it happens.