Palliative care promotion should not be used as a Trojan horse for euthanasia legislation... 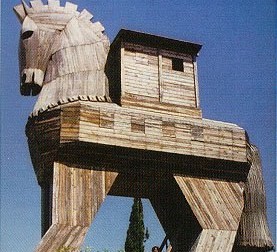 Dignity in Dying (DID), formerly the Voluntary Euthanasia Society, has labelled Parliamentarians who oppose assisted dying as 'anti-choice'. DID ran the feature in its Autumn newsletter (page 3) as part of its Palliative Care – Fact not Fiction campaign, which has also included sending Parliamentarians a fact-sheet subtitled 'Support more care and more choice'.

The motivation behind all this is clear enough. Three 'assisted dying' bills have failed to make headway in Parliament in the last five years. So the strategy now seems to be to approach the subject more obliquely – by supporting palliative care and greater choice at the end of life in order to argue that physician assisted suicide is just another end-of-life choice. No doubt, when the next bill is introduced into Parliament, its title will not suggest any overt link with euthanasia or assisted suicide. It will probably be about extending palliative care and/or end-of-life choice. Parliament, we trust, will not be fooled so easily.

We welcome DID's recent emphasis on palliative care and fully agree that '...the Government should provide all terminally ill patients with the option of good quality palliative care' (DID's letter to all MPs, October 2007). More patient choice at the end of life – for example, choice over place of death – should indeed be promoted. In this respect we too are pro-choice.

However, we cannot agree that (as DID puts it) 'patient choice should include the right to a medically assisted death for those who are terminally ill and suffering unbearably' (DID's fact sheet, page 2). That terminally ill people should be able to obtain lethal drugs from their doctors with which to commit suicide cannot responsibly be regarded as just another choice to be made at the end of life. Such a 'choice' would have serious ethical, legal and social implications and cannot be regarded as compatible with palliative medicine, the object of which is to help terminally ill patients to live with peace and dignity until they die naturally. It is disingenuous of DID, who are (and have always been) a pressure group promoting euthanasia and assisted suicide, to use palliative care as a Trojan horse to further their 'assisted dying' agenda.