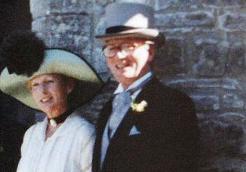 It is reported in the media that Peter and Penelope Duff from Bath have committed suicide in the Dignitas apartment in Zurich. This sort of thing makes excellent copy for editors, precisely because it is unusual. Out of around 3 million Britons who have died in the last 5 years, just over a hundred (0.003%) have chosen to do so by going to Switzerland and committing suicide with lethal drugs at the Dignitas suicide facility – often misleadingly described as a 'clinic', but it has no connection whatever with the Swiss health care system.

This is not to detract in any way from the sadness that must have caused Mr and Mrs Duff to come to their decision or from the sorrow that their family must feel. It is simply to get the matter into proportion. This is necessary because it is being urged, all too predictably, in some quarters that instances such as this where individuals go to Switzerland to take their own lives are grounds for changing the law in this country to legalise assisted suicide here.

Most people who go down the Dignitas path do so as an act of personal choice – they want to exercise personal choice over precisely when and how they die. Why, then, can they not have that choice in British law? Campaigners for a change in the law like to parade in front of us people who are apparently of sound mind and fully resolved they want to bring an end to lives which they no longer regard as worth living. But changing the law to permit assistance with suicide would mean changing it for everyone, not just for the well-informed and the self-reliant. It would mean that everyone who fell into a defined category, whether that was terminally ill or chronically ill, would be faced with a dilemma that doesn't afflict them now – whether to see life through to the end or cut it short by taking poison.

For a minority of clear-headed and determined people, like many of those who now go to Switzerland, the choice might be clear enough. But for much larger numbers of frightened and vulnerable people there would be the agonising internal debate of whether they ought to remove themselves as a care burden on families struggling to coping with their lives in the middle of a recession. The law as it stands protects these people by taking the burden of choice off their shoulders. That may not suit everyone, but no law does – and we should remember that the primary purpose of laws is to protect the weak and vulnerable rather than to give rights to the strong and determined.

The likely result of changing the law as the campaigners are urging is all too plain. We would see not just the 'hard cases' that now appear in the media, where a handful of resolute and proactive individuals decide what they want and do it without any coercion from others or hesitation of their own. We would see many times that number of suicides that wouldn't attract media attention - people who had felt under an obligation to spare their families or (and the darker side has to be recognised) who had been encouraged, or even coerced, by others seeking to hasten an inheritance or to be rid of a care burden.

The very small number of cases we see under the media spotlight now are no guide to what we would see if the law were to be changed. Enabling laws have a tendency to encourage the acts they enable. It's illusory to suppose that 'safeguards' could be enacted to protect the vulnerable. The ones that have been suggested to date are not nearly robust enough to stand up to the real pressures which bear down everyday on people who are seriously ill and doctors who are overstretched. It is next to certain that many irresolute people would get through the net and go through with suicide against their better judgement.

We abolished hanging over forty years ago because, among other things, occasionally the wrong person was hanged. We should reflect similarly on the much greater potential for error in enacting a law that would open the door for suicide generally among the seriously ill. If we were foolish enough to do that, what is now exceptional could all too easily become commonplace. Is that really what we want?