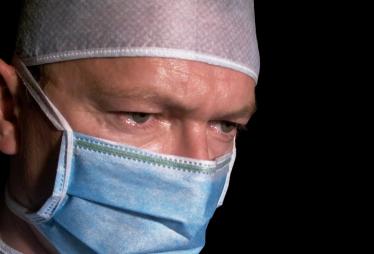 In a hard-hitting article in The Times, Crossbench Peer Baroness Emerton has attacked the decision by the Council of the Royal College of Nursing (RCN) to shift from opposing assisted suicide to being neutral on the subject.

Lady Emerton points out that the 1200 opinions expressed by nurses in the RCN's website-only "consultation" represent just 0.3% of the College's membership. She also calls into question statements by the RCN in the media that the adoption of a neutral position will enable nurses to "enter into dialogue" with their patients on assisted suicide. Nurses are as bound by the law as any other citizen, says Lady Emerton. While seriously ill patients not infrequently talk of wanting to 'end it all', almost invariably such statements are cries for help and reassurance that are not to be taken at their face value. Nurses should be caring for their patients, not discussing suicide with them.

Baroness Emerton is critical also of reports that the RCN is planning to help MSP Margo MacDonald with her development of proposals for the legalisation of assisted suicide in Scotland. Is this, asks Lady Emerton, what is meant by 'neutrality'?

Baroness Emerton does not believe that a majority of nurses, most of whom are too busy caring for their patients to have time to spend on the RCN website, support assisted suicide. Certainly, she concludes, the College has no right to change its policy on such an important subject in ignorance of what over 99% of its membership thinks.

Similar criticisms of the RCN's action appear in The Daily Telegraph. Two nurses, Vicky Robinson and Ray Greenwood, draw attention to the College's statement that further work is to be commissioned "to make sure that nurses receive much needed guidance around the legal, ethical, regulatory and clinical issues of assisted suicide". They comment:

"Assisted suicide is illegal, and it is negligent if the College has not issued nurses before now with guidance on where they stand under the present law and on how to counsel patients or relatives who may raise the issue".

"Nurses are very busy people, many of them overworked and with little time to spend on the internal politics of their profession. But, if they dont want to have a practice foisted onto them that could bring them and their patients real problems, they had better speak up now before it's too late".

Nurses who are unhappy about the College's decision should write without delay to the General Secretary of the RCN and make their views known.