A charter for what?

Examining Dignity in Dying's Charter for Dignity at the End of Life... 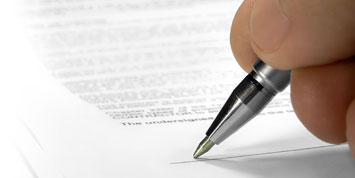 Dignity in Dying's 'charter' contains five proposals centred on choice and another five concerned with care. The first group calls for people to be able to draw up their own End of Life Care plans, for health care professionals to respect such plans, for the Government to raise public awareness of Advance Decisions over healthcare, for the creation of a central registry of such decisions and - inevitably in any document coming from this source - for the legalisation of 'assisted death', which is the current euphemism for helping terminally ill people to commit suicide.

Only after listing its 'choice' agenda does Dignity in Dying turn its attention to care. Here there are calls for better-resourced and more widely available palliative care, for financial support for those caring for terminally ill people, for more training of people engaged in end-of-life care and for bereavement counselling for the families of terminally ill people.

It is interesting that, while nine of these proposals say what 'should' be done, the one dealing with the legalisation of 'assisted death' states what 'Parliament must' do. The difference in wording is significant. It tells us, as if it were not already obvious, what Dignity in Dying's real objective is; and it reminds us that legalising 'assisted death' is not an administrative measure, like the other nine, under the Government's control. Parliament would first have to be persuaded, and Parliament has sensibly shown no appetite to date for passing such a dangerous and controversial law.

Turn now to the Help the Hospices report and you will see a completely different approach. Here we have an organisation which has vast experience in looking after terminally ill people and which is focused on practical steps to improve their holistic care. Its report lists six things that terminally ill people want:

This is a real Charter for Dignity at the End of Life. Dignity in Dying's so-called charter looks to have been timed in order to try and influence the Government's End of Life Care Strategy, and it is worrying that its foreword bears the name of Lord Warner, a former Health Minister. We hope the Government will see through this 'charter' for what it is - just part of a campaign by a vocal single-issue pressure group - and not allow its Strategy to be deflected from focusing on the real needs of terminally ill people.