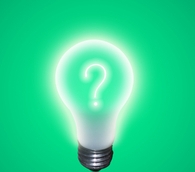 The British Medical Association, representing 140,000 British doctors, has this morning questioned the stated impartiality and independence of Lord Falconer's Commission on Assisted Dying, supported the BMA leadership's stance in not giving evidence to it and called on the British Medical Journal Editorial team to present a balanced and unbiased coverage of the Commission.

Delegates at the BMA annual representative meeting in Cardiff overwhelmingly voted this morning for a five part motion discrediting the independence of the commission in a move that will seriously undermine its credibility.

Falconer's commission was set up last November at the instigation of Dignity in Dying (formerly the Voluntary Euthanasia Society) to investigate how the law might be changed to allow assisted suicide and euthanasia. The commission has said it will take oral and written 'evidence' throughout this year and produce a report in the autumn.

DID's hope was that the conclusions, when published, might influence parliament. This now looks very unlikely. DID was forced to go down the route of a private commission when its attempts to get a parliamentary committee to look at this issue failed.

There have already been three attempts to legalise assisted suicide in Britain over the last six years but all have been singularly unsuccessful resulting in defeats of 148-100 (Joffe Bill), 194-141 (Falconer amendment) and 85-16 (Macdonald Bill) in 2006, 2009 and 2010 respectively.

Falconer's commission has already received a lot of bad press on the grounds that it was unnecessary, unbalanced and lacking in transparency.

Nine of Falconer's twelve commissioners have publicly supported a change the law to allow assisted suicide and the remaining three are certainly not against it.

Of the first eleven expert witnesses originally invited to give evidence, six declined to do so.

The British Medical Association is one of over 50 organisations which have subsequently refused to give evidence.

The motion, all five parts of which were passed by a clear majority on a show of hands, reads as follows:

Key groups signed up to Care Not Killing include: The Association for Palliative Medicine, the United Kingdom Disabled People's Council, RADAR, the Christian Medical Fellowship, the Catholic Bishops Conference of England and Wales, the Church of England and the Medical Ethics Alliance.