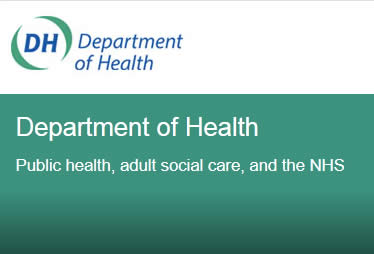 The Department of Health's Consultation on its draft suicide prevention strategy for England closes on 11 October.

Over the past 10 years, there has been progress in reducing the already relatively low suicide rate in England. However, there were still nearly 4,400 suicides in England in 2009, the latest year for which national data is available.

One of the questions posed by the consultation reads as follows:

'In your view, are there any additional measures or approaches that could promote the responsible reporting and portrayal of suicide and suicidal behaviour in the media?'

The Care Not Killing Alliance has responded as follows:

The WHO international guidelines on suicide portrayal refer to over 50 published studies, systematic reviews of which have consistently drawn the same conclusion, that media reporting of suicide can lead to imitative suicidal behaviours. This phenomenon is variably termed suicide contagion, copycat suicide, suicide cluster or the Werther effect.

• Avoid language which sensationalizes or normalizes suicide, or presents it as a solution to problems
• Avoid prominent placement and undue repetition of stories about suicide
• Avoid explicit description of the method used in a completed or attempted suicide
• Avoid providing detailed information about the site of a completed or attempted suicide
• Exercise caution in using photographs or video footage
• Take particular care in reporting celebrity suicides'

A recent paper by Austrian authors published in the British Medical Journal and a much longer one by the same group in the British Journal of Psychiatry published only late last year review media coverage of suicide.

The authors note in the first (BMJ) paper, 'Papageno vs Werther Effect', that some media coverage of suicide actually leads to a decrease rather than an increase in suicide rates.

'Newspaper items accounting for (a decrease) form a distinct non-sensationalist class of suicide reporting. They follow the recommendations of the World Health Organization in reporting suicide-for example, avoiding terms such as suicide epidemic. Our findings suggest that media reports on individual mastery of suicidal crises are highly relevant in preventing suicide.'

In other words, media stories about how people coped positively with suicidal feelings actually lead to a decrease in levels of suicide in the general population.

They name this protective effect 'the Papageno effect' in honour of the character in Mozart's opera the Magic Flute.

'When Papageno fears that he has lost his love, Papagena, he prepares to kill himself. But three boys save him at the last minute by reminding him of other alternatives to dying.'

It concludes that 'The impact of suicide reporting may not be restricted to harmful effects; rather, coverage of positive coping in adverse circumstances, as covered in media items about suicidal ideation, may have protective effects.'

Since 2008 the BBC has screened no less than five docudramas and documentaries portraying assisted suicide in a positive light and none giving the opposite perspective. The WHO recommendations have been repeatedly and consistently breached. The latest featured Terry Pratchett and Peter Smedley and showed the latter taking his life at the Dignitas Suicide facility in Zurich.

It is noteworthy that the national suicide prevention strategy for England, launched in 2002, is failing dismally to reach its targets and, perhaps tellingly, no annual reports are available since 2008.

Two recent media stories featured people who pointed to the Terry Pratchett programme as contributing to a real suicide or leading to the contemplation of suicide as a solution.